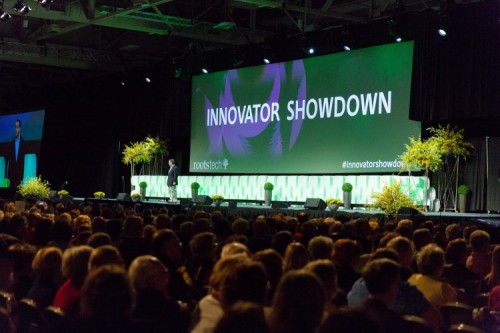 RootsTech, the world’s largest family history and technology conference, is now accepting entries for the 2017 Innovator Showdown—a “Global Innovation Competition” for developers and entrepreneurs seeking an opportunity to impact the growing multi-billion dollar family history industry while competing for $100,000 in cash and prizes. The Innovator Showdown seeks to support, foster, and inspire innovation within the family history marketplace. The deadline for submitting to the 2017 Innovator Showdown is December 1, 2016. The winners will present on stage and be selected by judges and live audience voting at RootsTech 2017 on Friday, February 10, 2017. Go to RootsTech.devpost.com `for more information.

Last year, 50 contestants, including six international applicants, competed in the Innovator Showdown. In 2017, the total cash and in-kind Innovator Showdown prizes will again be $100,000—making it one of the most attractive innovator contests in the nation.

Out of all applicants, the field will be narrowed to 10 semifinalists. Showdown semifinals will be held during lunch at the RootsTech Innovator Summit in the Salt Palace Convention Center in Salt Lake City, Utah on February 8, 2017 where we will introduce the semifinalists and their products. Five finalists will be announced that evening.

The exciting Showdown Finals are held during RootsTech before a panel of industry judges, including genealogy, technology and business gurus, and a live audience of 3,000 family history consumers, making the Innovator Showdown arguably one of the largest live audience tech competitions in North America. Finals will also be streamed live through RootsTech.org to tens of thousands of online viewers. This year, five finalists will pitch their innovations, field questions from judges, and await the announcement of the winners, while real time audience voting is taking place via texting to determine the winner of the People’s Choice prize.

Besides cash prizes, winners will receive fabulous in-kind prizes from sponsors to assist in successfully launching their products to the awaiting world of family history enthusiasts, bringing the total prize value up to $100,000. 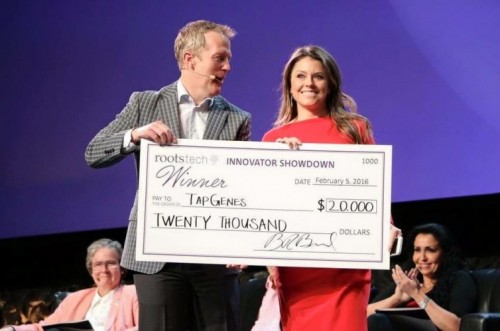 Entries for the 2017 Innovator Showdown can be made through http://rootstech.devpost.com/ and must include a video.

RootsTech, held February 8-11, 2017 and hosted by FamilySearch, is the largest global family history event in the world! The sixth annual conference—celebrating families across generations—is the perfect place to discover and share your family's stories and connections through technology.