“Family is the most important part of my life. You have to embrace and be proud of where you come from. I can't wait to share my story [at RootsTech 2017] of how my past, present, and future have shaped who I am with the audience.”

The Cake Boss Buddy Valastro Will Keynote, Judge at RootsTech 2017 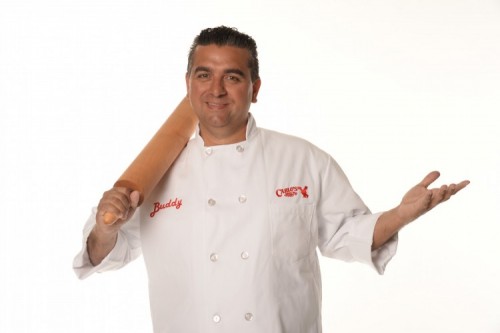 The amicable Valastro is a Hoboken, New Jersey, resident and owner of Carlo’s Bakery. He has endeared himself to millions of people as the animated, passionate chef on the TLC series, The Cake Boss. His staff’s creative expertise in designing over-the-top cakes for locals and celebrities is only half the allure. The show’s long-running success can also be attributed to the fun, dynamic interactions and involvement of 3–4 generations of Valastro’s Italian-American family who help run the thriving family business.

“Family is the most important part of my life,” says Valastro. “You have to embrace and be proud of where you come from. I can't wait to share my story of how my past, present, and future have shaped who I am with the audience.”

During his RootsTech 2017 keynote address, the Cake Boss will share the story of how his strong family ties, roots, and traditions have shaped his life and business success, which include 12 bakeries, additional TLC series (The Next Great Baker and Buddy’s Bakery Rescue), and several books, to name a few.

Running bakeries is almost genetic in Buddy’s family. His grandfather and great-grandfather were both bakers in Sicily, Italy. His father, Buddy Valastro Sr., ran his own bakery for many years in New Jersey. When Buddy Valastro Jr. was 11 years old, he began working side by side with his father at Carlo’s Bakery.

Buddy Sr. died when his son was 17, leaving a very large hole in the teenager’s life. However, his tutelage had provided Buddy with “cast-iron business sense” and imbued in him a work ethic and a wealth of knowledge. He stepped up and took over his father’s role as proprietor and baker in Carlo’s bakery.

Buddy learned much without his father’s presence in the business but struggled making sfogliatelle dough, which is used in making Italian shell-shaped filled pastries called lobster tails, one of the bakery’s specialties. Buddy recalls the night his father came to him in a dream and told him, “I am here for one reason, to show you how to make lobster tails.” The next day, for the first time, Buddy successfully created the seemingly impossible dough and the very popular lobster tails were back. From then on, he says, he knew he could do anything he put his mind to and found comfort knowing that his father was looking after him.

After a few years, Buddy Jr. decided to take cake decorating to a new level with designer cakes. He created, among other spectacular cakes, a NASCAR racecar cake weighing over 10,000 pounds. In 2004, he was invited to participate in the Food Network Challenge where he took top prize in the fourth battle. He was urged to try a show for himself so he pitched a show featuring himself with his family. TLC executives were impressed enough to shoot a pilot episode in the shop which was a hit with audiences, and Cake Boss was born. The show is now in its eighth season.

Buddy’s extended family is indispensable both to the show and in running what has now become a chain of bakeries in New Jersey, New York, Philadelphia, Las Vegas, and some Norwegian Cruise Line ships. The business has diversified and expanded, but the legacy that began three generations ago in Sicily lives on. Buddy willingly holds to the traditions of his father’s bakery.

“Life lessons my parents have taught me define who I am today. I never forget where I've come from and try to pass that down to my children today,” says Valastro.

In addition to keynoting at RootsTech 2017, Valastro will help judge the first-ever RootsTech cake decorating competition.

There will be four different categories to compete in—wedding, birthday, holiday, and graduation—and there will be three finalists and one grand prize winner selected in each category. Cakes will be on display Saturday during RootsTech and Family Discovery Day where thousands of people will view and have a chance to vote for “People’s Choice” winners in each category. Official rules and entry information for the contest will be available soon at RootsTech.org.

See also Five Ingredients That Make Up the Cake Boss