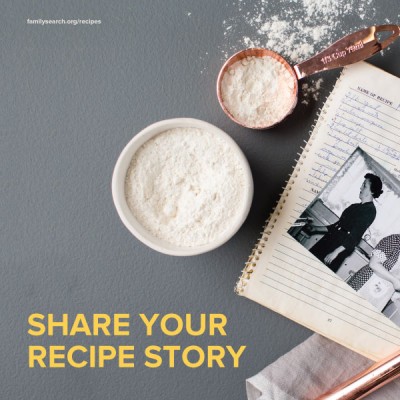 You might have a family heirloom hidden in your kitchen—and it isn’t the china.

That prized possession is a favorite recipe that triggers the warm memories associated with loved ones. It brings back the memories of grandma’s special Sunday cookies or the traditional dishes prepared by mom’s busy cooking on Christmas Eve. This cherished recipe, often enjoyed at family celebrations or on holidays, is a heritage recipe that connects you to your family and its traditions. It tells the story of people, places and special memories of your life.

“No matter where you live and no matter where your family is from, in all cultures throughout the world, we have all gathered joyously around food in the kitchen, around the dinner or breakfast table, centered around homemade dishes prepared thoughtfully by a love one. We perpetuate these wonderful experiences and, in a very real sense, honor our heritage when we share these wonderful recipes with our children and grandchildren,” said Stephen Rockwood, president and chief executive officer of FamilySearch.

In conjunction with RootsTech 2017, FamilySearch, the world’s largest genealogical organization and a nonprofit, is launching a campaign to preserve and share these recipe stories. Individuals can share their recipes online by uploading recipes, the stories behind them and photos to familysearch.org/recipes. Family recipe stories can be shared on social media with the hashtag #FamilySearch. The campaign was launched at RootsTech, the world class family history event held in Salt Lake City, Utah. Keynote addresses by Steve Rockwood and Food Network’s Cake Boss Buddy Valastro related fond memories and experiences of family homemade dishes and the need to preserve them for future generations. In the case of Valastro, the family’s love of food has morphed into a business empire.

Valastro also judged a cake competition at RootsTech 2017 sponsored by family-owned and operated Orson H. Gygi, a very popular Utah kitchen and restaurant supply company in the Intermountain West. The company donated $20,000 worth of prizes for the competition.

Gygi’s General Manager, Brad McDonald, said FamilySearch’s emphasis on family and fostering a sense of identity and belonging that occur in the kitchen and around the table fit nicely with the focus of his company, founded by his grandfather Orson Gygi 70 years ago. He sees the company as the distributor of the supplies and tools used to create these food heritage opportunities, to build family traditions.

In fact, one of his family’s traditions started years ago at a company kitchen. A daughter suggested the family get together to make Thanksgiving pies. Now, 15 years later, McDonald, his wife Mindy and their six daughters and their families, continue to gather annually to make about 30 pies to share with their extended families. 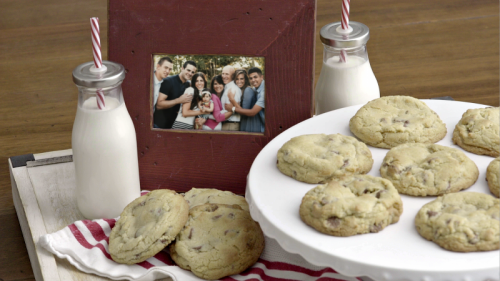 Si Foster has shared her heritage recipe, “Tried and True Chocolate Chip Cookies,” to thousands in her Utah cooking classes and online at her blog abountifulkitchen.com. The recipe has a heritage story. It was developed after her son, Stephen, and his friend, Spencer, decided in high school to take treats every Sunday to those who needed uplifting.

After some hits and misses with the cookies, Foster developed her recipe that includes special instructions so the cookies turn out every time at both high altitude and sea level. She hears frequently from people who have essentially adopted her cookie-making formula as their own heritage recipe. 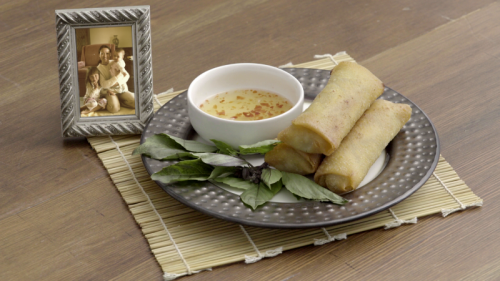 Anne Metcalf thanks her proselyting mission to Singapore for her treasured Vietnamese spring roll recipe. When she was on her mission, she wrote her mother, Ngoc Chung Metcalf, a Vietnam native, asking for a copy of her delicious spring roll recipe. Once or twice a year, when Anne was a child, her mother would make a large batch of rolls from scratch by chopping the vegetables and grinding her own pork. Metcalf would help by rolling the delicacies. Her mother always shared the rolls with appreciative neighbors. “Everyone loved them,” Metcalf said.

But her mother never worked from a recipe. So, Metcalf asked her to calculate the recipe’s measurements and mail them to her on her mission. She’s grateful she made the request. “The recipe is in my mother’s handwriting and seeing the recipe is very special to me because she has passed,” Metcalf said. 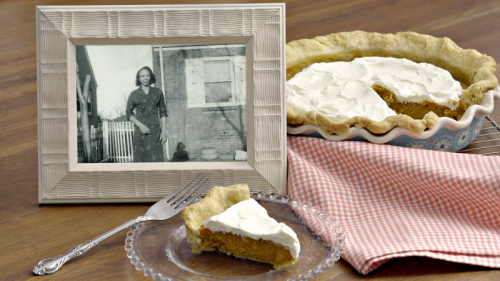 For Thom Reed, it only takes a bite of sweet potato pie to be transported back to his grandmother’s kitchen. Theora Reed grew up in Mississippi and took her Southern cooking skills north to Gary, Indiana, where Thom formed his fond childhood memories of her. Holidays and special occasions meant Grandma Theora’s sweet potato pie.

After his grandmother died in 2001, Thom and his family embraced this heritage recipe. His 12-year-old daughter Jessie has learned to make her great grandmother’s recipe, making certain to add Theora’s special touch of sprinkling a little brown sugar on the crust before pouring in the filling. “There is nothing like sweet potato pie. Once you go to Grandma Theora’s recipe, you’ll never go back,” Thom said. Thom Reed, as well Si Foster and Anne Metcalf, have shared their recipes at FamilySearch.org/recipes as part of the initiative to share and preserve treasure family food traditions.

You can make certain your family’s recipes are accessible to your posterity. “We invite you to share your food-heritage memories on FamilySearch.org,” Rockwood said.

FamilySearch International is the largest genealogy organization in the world. FamilySearch is a nonprofit, volunteer-driven organization sponsored by The Church of Jesus Christ of Latter-day Saints. Millions of people use FamilySearch records, resources, and services to learn more about their family history. To help in this great pursuit, FamilySearch and its predecessors have been actively gathering, preserving, and sharing genealogical records worldwide for over 100 years. Patrons may access FamilySearch services and resources free online at FamilySearch.org or through over 4,983 family history centers in 129 countries, including the main Family History Library in Salt Lake City, Utah.

Comments 1 - 2 (2)
Thank you for your message.
Janet Herbert
N/a
Teri Forsyth
This is such a great idea and my husband, Scott and I had a suggestion. Can you make a category in the memories part of Family Tree that stores recipes? It would be nice to have a place to store the recipies right with that person!!
Paul Nauta
Teri,

Thank you for this wonderful suggestion! FamilySearch developers have a future feature solution in mind they say will address this need. Look for it in 2019.