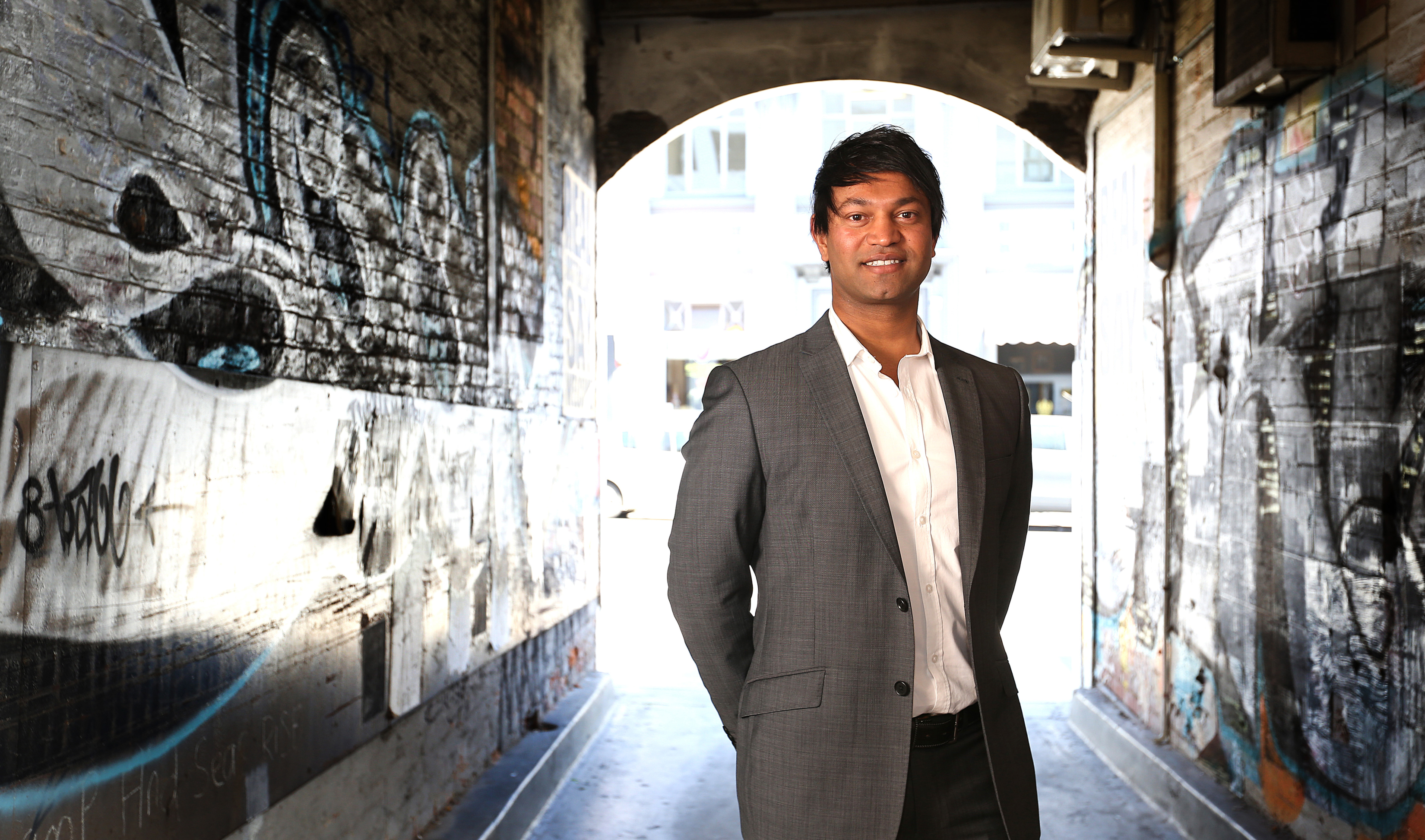 RootsTech is delighted to announce that Saroo Brierley will be the keynote speaker at RootsTech on Friday, March 1, 2019. Brierley is well known for his remarkable family reunification story as depicted in the 2016 film, Lion, which is an adaptation of Brierley’s autobiography, A Long Way Home. Find out more at RootsTech.org.

“I’m thrilled to be a part of the 2019 RootsTech as a guest speaker! I hope my story will resonate with many attendees evoking all sorts of attributes of identity, hope, determination and chance,” said Brierley. “I’m super excited—can’t wait to see you all!”

Brierley was born in Ganesh, Talai, a suburb within Khandwa, Madhya Pradesh, India. In 1986, at five years old, he was accidentally separated from his older brother, Guddu, at a train station in Burhanpur. Lost and alone, Brierley boarded a train he supposed his brother to be on and ended up nearly 1,500 kilometers from his village. He survived for weeks by scavenging food, spent time in a prison for children, and narrowly missed what he now believes may have led to a life of being trafficked.

Eventually, Brierley met a teenager who took him to a police station. From there he was placed in a government care center for abandoned children and later moved to the Indian Society for Sponsorship and Adoption. At five years, Brierley couldn’t provide enough information for the Society to locate his mother. In time, he was adopted by a family from Hobart, Tasmania in Australia where he was raised to adulthood.

Though Brierley was raised in a loving home by his adoptive parents, he was haunted by the unknowns of his birth, his biological family, and where he’d come from. He spent many late evenings in his early twenties working relentlessly to pair his vague childhood memories of India with what he could see on Google Earth. Late one night he finally found familiar landmarks that matched the places he remembered. Through Facebook and YouTube he was able to verify the likelihood that what he was seeing was indeed his childhood home. It provided enough confirmation to make the trip to India.

When he finally arrived in Khandwa, he asked the taxi driver to take him to the railway station. From there, his feet knew the way. When he knew he was close to home he began showing photos of himself as a child to the locals and saying the names of his biological siblings. This soon led him to an emotional reunion with his biological mother and just hours later he was reunited with his siblings.

“We feel that Saroo’s message will be a perfect fit for the conference as RootsTech continues to showcase how connecting with others deepens our own sense of belonging,” said Jen Allen, event director. “Saroo’s desire to connect with his biological family came at a time when emerging technology barely made it possible. Now, there are hundreds of tools and technologies to facilitate connection with others, but Saroo’s determination led him there anyway. His story is a perfect fit for RootsTech.”

Brierley, now a successful businessman in Australia, regularly visits and video chats with his biological family in India and travels the world sharing his miraculous reunification story. Don’t miss this chance to hear the details of his extraordinary experience in person at RootsTech 2019!

Comments 1 - 1 (1)
Thank you for your message.
Lalita Nguyen
Hello, my name is Lalita Nguyen. I was adopted by my American parents End of April 1989. I was one of lost child from Kolkotta train station same place, time, and event. January 1986, my Bangladesh family arrived to India first time. I had been very abusive traumatic path. Reasons we came to India to celebrate my 6th birthday on March 3rd with my dad's brothers and sisters. My journey in India like Saroo Brierley was the hardest part of my life stories. I struggled such a great most dangerous life experience living in the street of Calcutta to Lilula house, and went to IMH orphanage where Mother Teresa of Kolkotta was. I have known each n every single days of knowing how much pain we as children went thru. Done search engine on Google Earth every day finding my birth place in Bangladesh, Dhaka Division ST in Bangladesh. I found out online 23andme family 4th n 5th cousins who barely wanted to connect nor are open minded to connect and wasn't invited to meet.
I am 41 in American age legally. Originally my real age turning 39. My birthday on March 3rd 1980. Living in my 5 years of age being abused by my step mom, raped by my uncle, left for dead, got rescued by neighbors who lives in Bangladesh took me in like I was their own child, six months until my dad arrived from his trips. Neighbors told my papa Amar Kumar Panja about what happened to me.
Jan 1986 after long time to wait for my patents come back to get me. My mind will always will haunt my questions. Living in my dreams having a great pain of acceptance and belong with is hard to get thru.
My book is on process and alone never ever went back to visit India and Bangladesh. I struggle often. My parents never ever took time off to ask if I could visit my childhood place. My parents are always career oriented. They struggled with two children to raise. My adopted sister didn't turned out so well as an adult. My parents weren't meant to be parents but adopted me from India and one from Thailand. Girls like us not able to get thru this process. I choose to be good on some causes. Overall, my life isn't bad bc without my parents not being here. I won't be alive. I choose to have second life. Growing up in America wasn't so easy.
Anyways, before Saroo Brierley book turned into a movie. His book brought back my own childhood past. Brought me to tears knowing how much pain this causes for not knowing so much. Saroo Brierley book inspired many IMH orphanage children where and how he done his own life stories and his answers were completed. For me however n my friends still tough. I give Saroo Brierley all my thoughts and prayers some ways my answers could be found. I too done 23andme and Google Earth helped me find some answers. I found my house, tailor shops, and Muslim Mosque. That's all so far. I won't ever find my blood baby brother and my dad. I am writing my book of my life stories to help many others who are like me should feel so they are not alone. They are true living individuals who aren't CRAZY who has gone through such a great past experiences which no one cares to relate.
Hope to hear from Saroo Brierley. Loved his book. Thanks for him sharing his own life stories with us all.
Sincerely,
Lalita Nguyen
Donna
Love and blessings to you, ❤

Listen to Saroo Brierley, real-life subject and inspiration for the movie "Lion", share his remarkable story as a keynote speaker at RootsTech 2019.
Newsroom