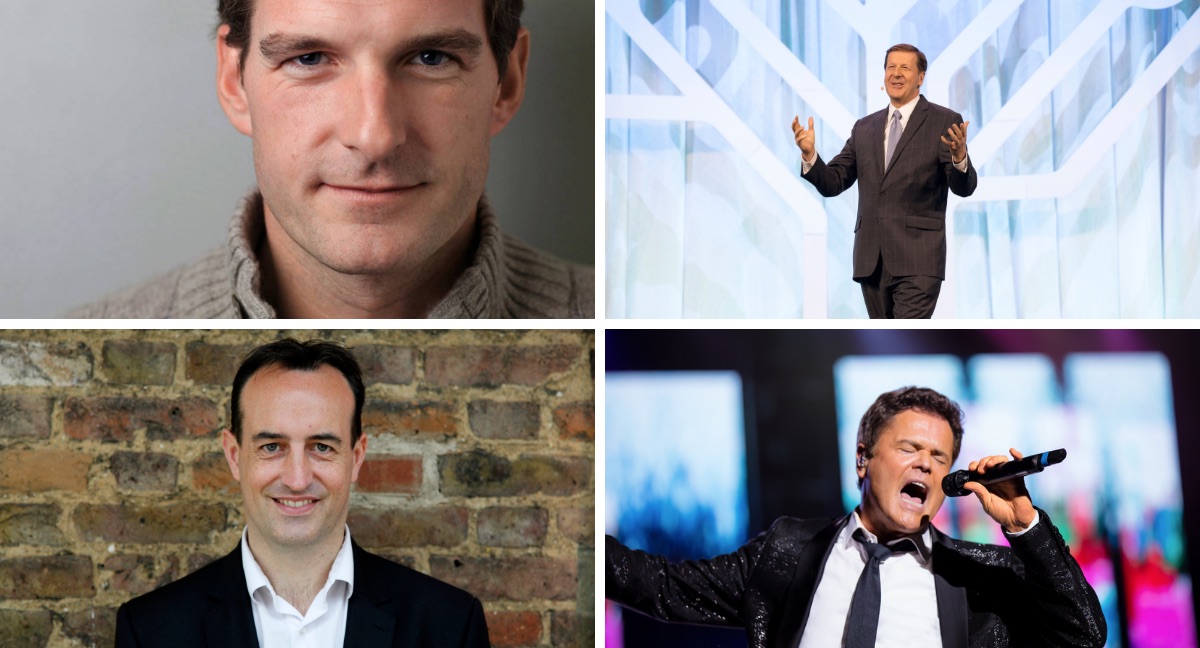 RootsTech, the world’s largest genealogy convention and hosted by FamilySearch, is coming to London, October 24–26, at the ExCeL London. The RootsTech London keynote speakers and entertainers include Donny Osmond, Nick Barratt, Dan Snow, Tre Amici, and Steve Rockwood. Boasting 150+ classes, one-on-one coaching corners, an exhibition hall filled with the latest in genealogy and technology, RootsTech London is the perfect place to discover and celebrate family stories.

RootsTech London 2019 begins Thursday, 24 October. Classes will cover a wide variety of topics, including first steps on your genealogy journey, DNA in genealogy, preservation tools, archival research, and more. Dr. Nick Barratt, a former genealogy consultant for Who Do You Think You Are?, will host and emcee the convention.

Dan Snow, popular historian, broadcaster, and television presenter, will be the featured keynote speaker on Thursday, 24 October, at 11:00 A.M. GMT. Snow was born and raised in London. Having graduated Oxford University, he went on to present military history programs with his father, Peter Snow. Their series Battlefield Britain won a BAFTA award. He has appeared regularly on the ONE show on BBC1 and has contributed to several books, including Death or Victory; The World’s Greatest Twentieth Century Battlefields and The Battle of Waterloo Experience.

On Friday, 25 October, at 11:00 A.M. GMT, Steve Rockwood, CEO of FamilySearch International, and Nick Barratt will address the audience as featured keynote speakers. Nick Barratt is known for his work on Who Do You Think You Are?, House Detectives, Hidden House Histories, Secrets from the Attic, and Missing Millions. He has authored several books, including Lost Voices from the Titanic, The Forgotten Spy, and The Restless King. In 2016 he was made an Honorary Associate Professor of Public History at the University of Nottingham. He is a committee member for the Community Archive and Heritage Group, and President of the Federation of Family History Societies.

Donny Osmond will grace the stage on Saturday, 26 October, at 11:00 A.M. GMT. Osmond’s successful career as an entertainer has spanned 5 decades. He is known internationally for his talent as a singer, songwriter, actor, television series host, and best-selling author. Osmond has performed since the age of 5 in such productions as The Andy Williams Show, The Osmonds, Joseph and the Amazing Technicolor Dreamcoat, and most recently with his sister in their Vegas show Donnie and Marie. “I’m really looking forward to RootsTech London,” said Osmond. “The United Kingdom is like a second home to me.”

RootsTech London 2019 will offer 150+ classes and activities for families and individuals with a variety of interests and skills. Select classes will be broadcast online. Learn more or register for the event at RootsTech.org. Passes start at only £49.

RootsTech, hosted by FamilySearch, is a global conference celebrating families across generations, where people of all ages are inspired to discover and share their memories and connections. This event, held annually in Salt Lake City, Utah, and now in London, England, in 2019, has become the largest of its kind in the world, attracting tens of thousands of participants worldwide.