RootsTech 2020 Looks to the Future with 10 Year Celebration 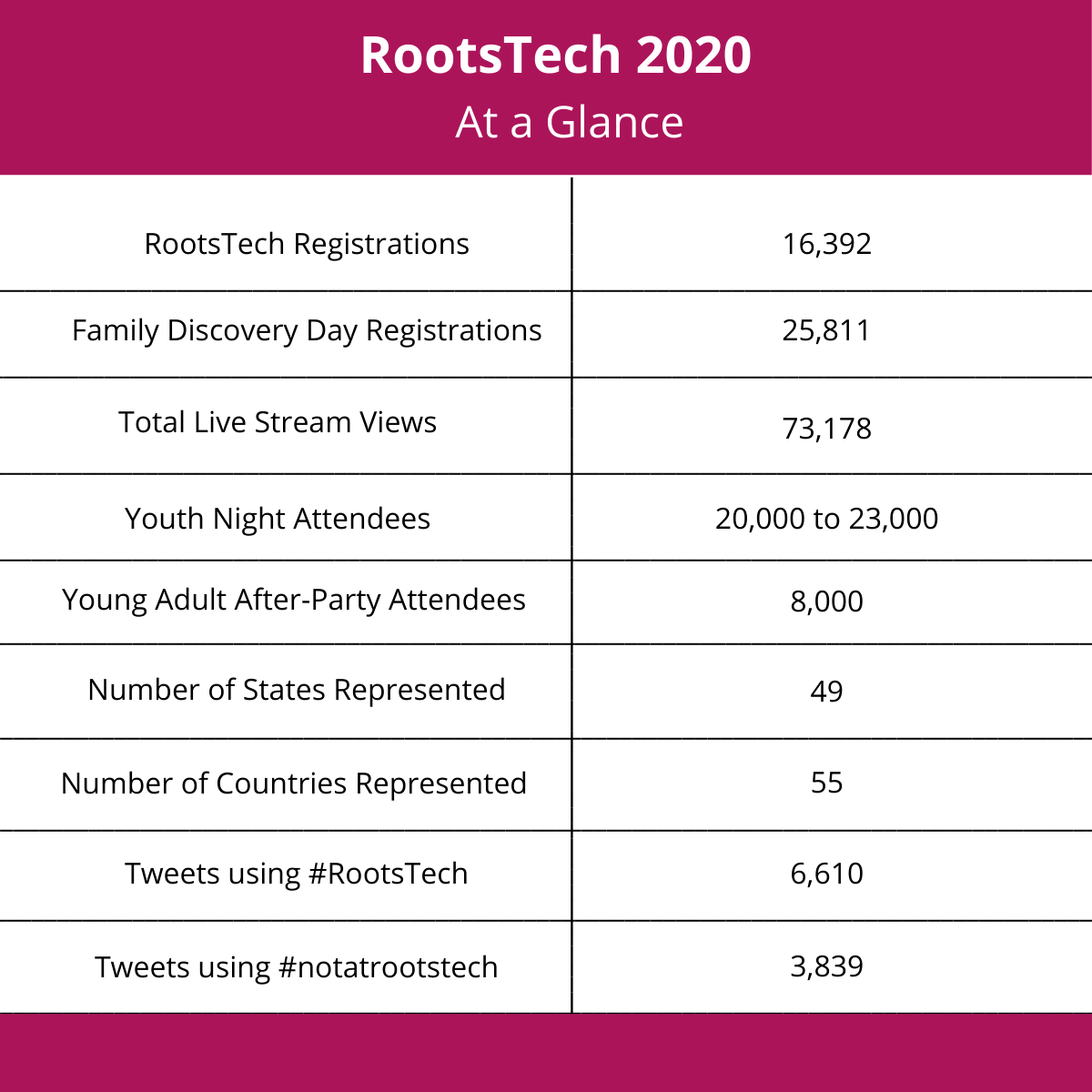 Over 32,000 people from 55 countries and 49 states in the United States flocked to RootsTech 2020 in Salt Lake City to share stories, connect with cousins, and celebrate the 10th anniversary of the conference. Perhaps even more impressive was the fact that another 20,000 to 23,000 youth came to the Wednesday evening youth activities and an additional 8,000 young adults attended the Friday evening young adult activities.

“A major part of RootsTech 2020 was the injection of younger audiences in the event,” said Steve Rockwood, CEO of FamilySearch International. “As we celebrated 10 years of RootsTech, we looked to the future and were inspired to see the enthusiasm of these younger generations. The future is bright.”

RootsTech London 2020, the second international version of the conference, was also announced and will take place on 5–7 November 2020 at the ExCeL. Registration is now open.

“RootsTech is a family, and we’re grateful to each person, exhibitor, and speaker who has joined our family over the past 10 years,” said Jen Allen, event director. “RootsTech is great because of the people. We’re honored to be a small part of the community.” 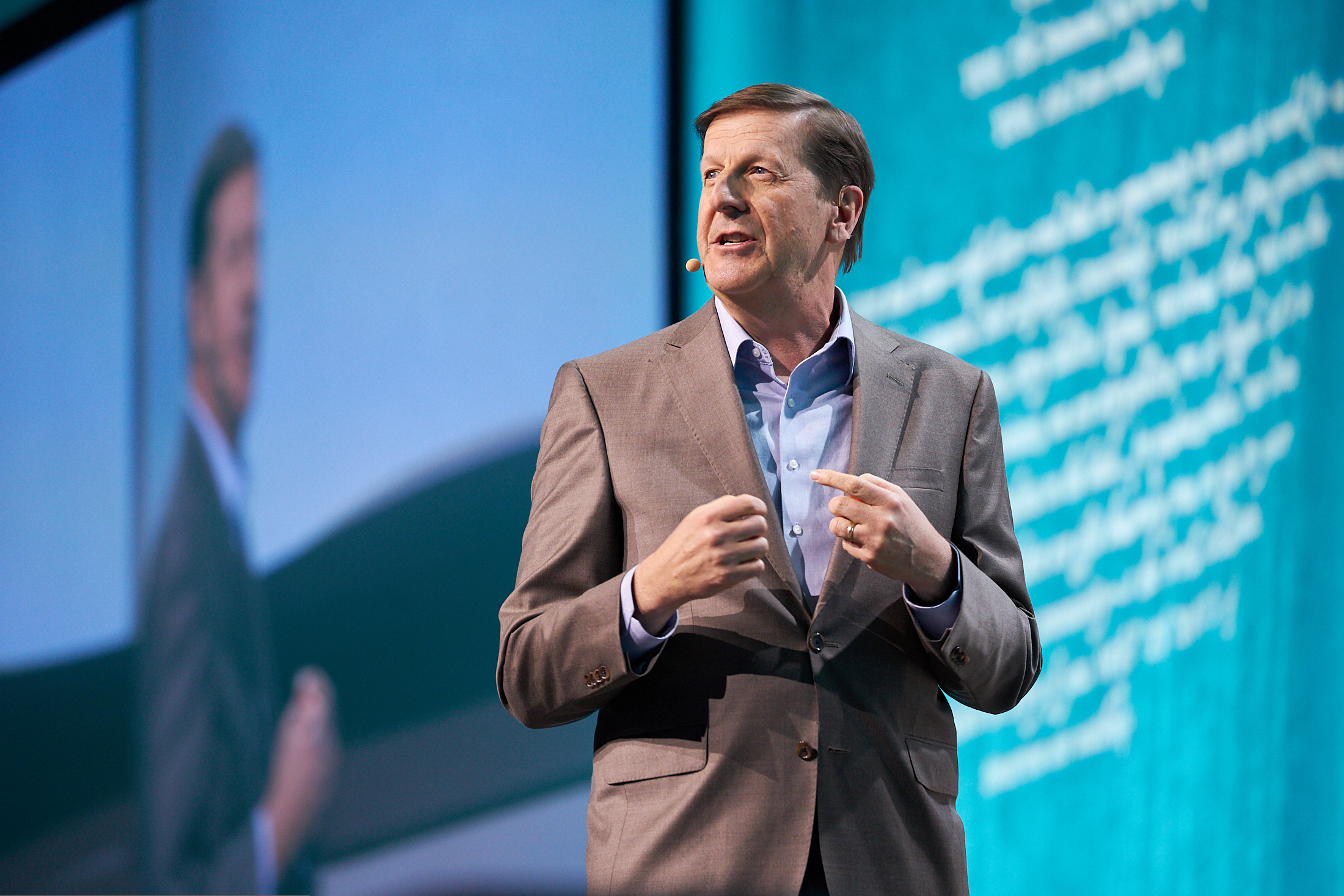 In his keynote, FamilySearch CEO Steve Rockwood commemorated the first RootsTech conference just 10 years ago. He noted that what began as an experiment has expanded to the largest family history conference in the world, attracting thousands of attendees from across the globe. As part of his address, Rockwood welcomed Jay Verkler, former FamilySearch CEO, onto the stage. Verkler reminded the audience, “We are here to celebrate you!”

Rockwood’s message focused on the importance of recording, celebrating, and living individual stories. “Family history is not just a journey into the past,” he said. “We don’t just study family history, we live family history.”

Rockwood also noted the impact the youth will have on family history in the coming years. “I’m telling you, I have learned when it comes to family discovery and family history, get out of the way of young people in our families, and watch them go. They’re amazing!”

Rockwood and Jen Allen also announced the opening of registration for the second RootsTech London conference, to be held later this year on 5–7 November at the ExCeL London. 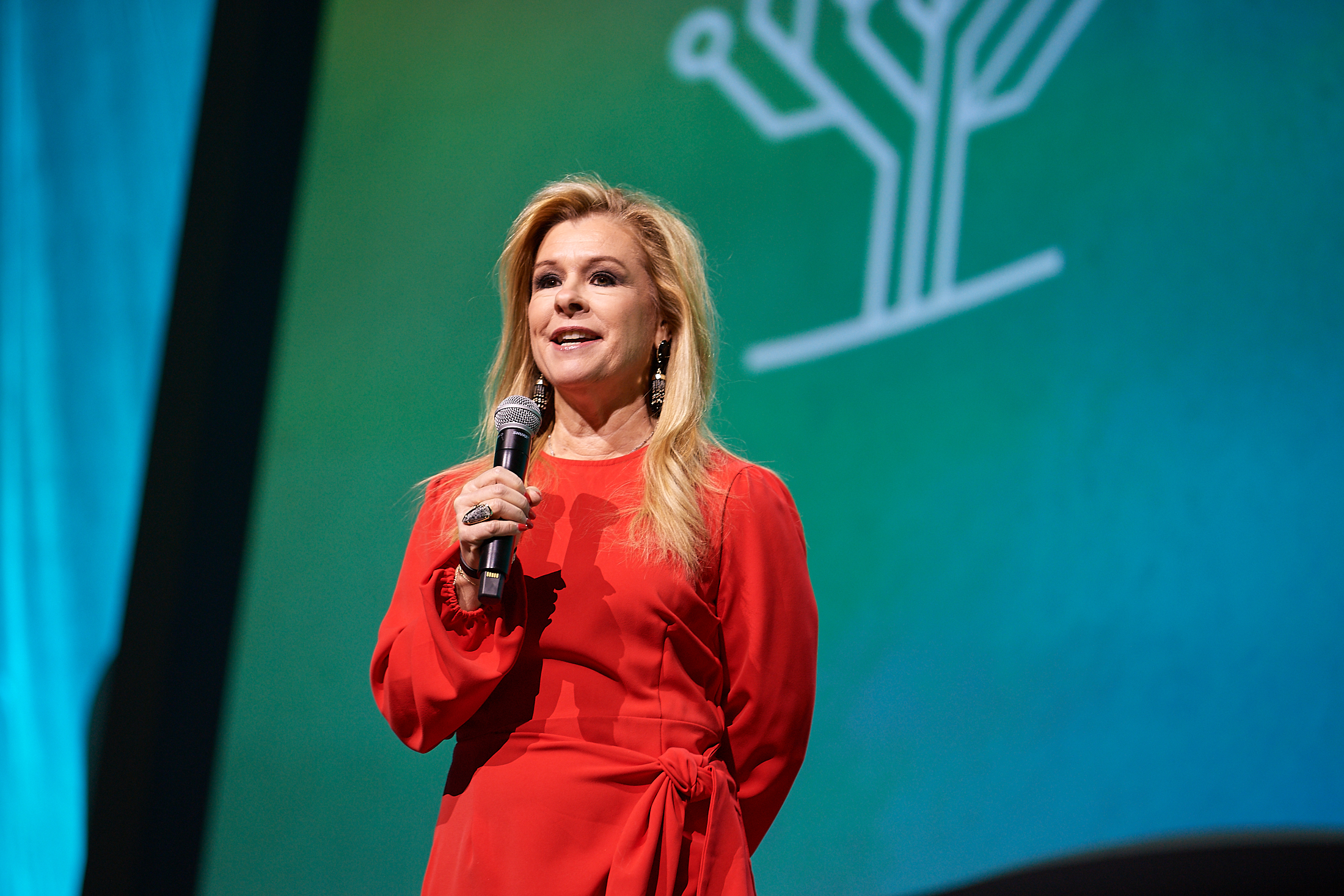 Leigh Anne Tuohy, inspiration behind the hit movie The Blind Side, inspired audiences with her moving keynote address on Thursday. Recounting the story of how she met Michael Oher and the lessons learned in the years since, she said, “Families don’t have to match, and you don’t have to just love people that look like you.” She further encouraged the audience to “get out of your comfort zone and turn around.” 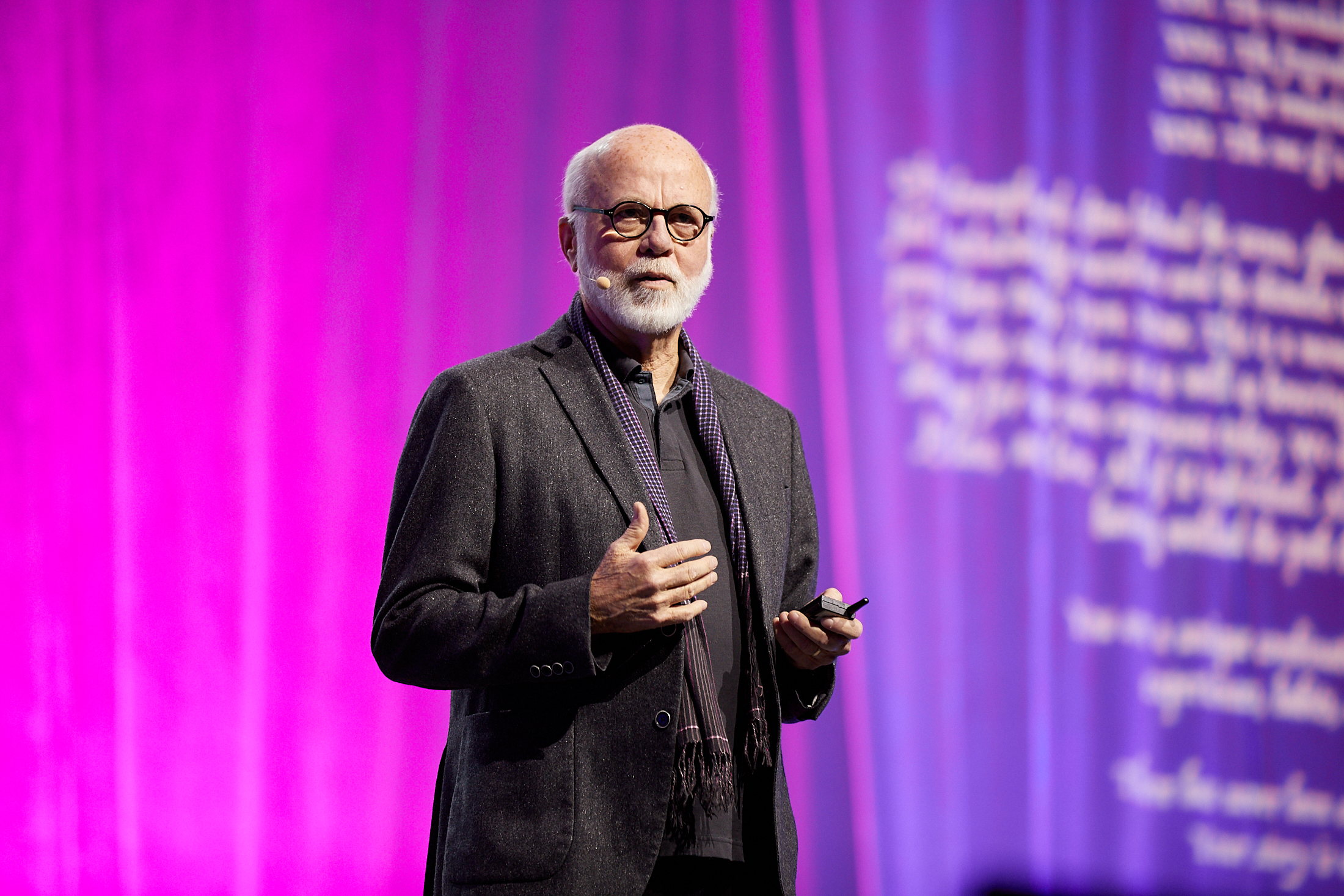 Pulitzer-prize winning photographer David Kennerly took the stage on Friday at RootsTech and shared stories and lessons learned through decades of photographing the world’s most important moments. Throughout his presentation, Kennerly shared some of his favorite photographs from Vietnam, Robert Kennedy’s last moments, and the day-to-day lives of United States Presidents Ford, Reagan, Bush Sr., Clinton, and Bush Jr.

“I’ve spent my whole career photographing people in the act of being themselves and making history and changing history,” said Kennerly.

On the concluding day of RootsTech 2020, hearts were touched by Emmitt Smith’s powerful stories of football, childhood, and his appreciation for his ancestors. Smith, the NFL’s all-time leading rusher and three-time Super Bowl champion, spoke of his family history story, which was recounted on the NBC reality series Who Do You Think You Are? 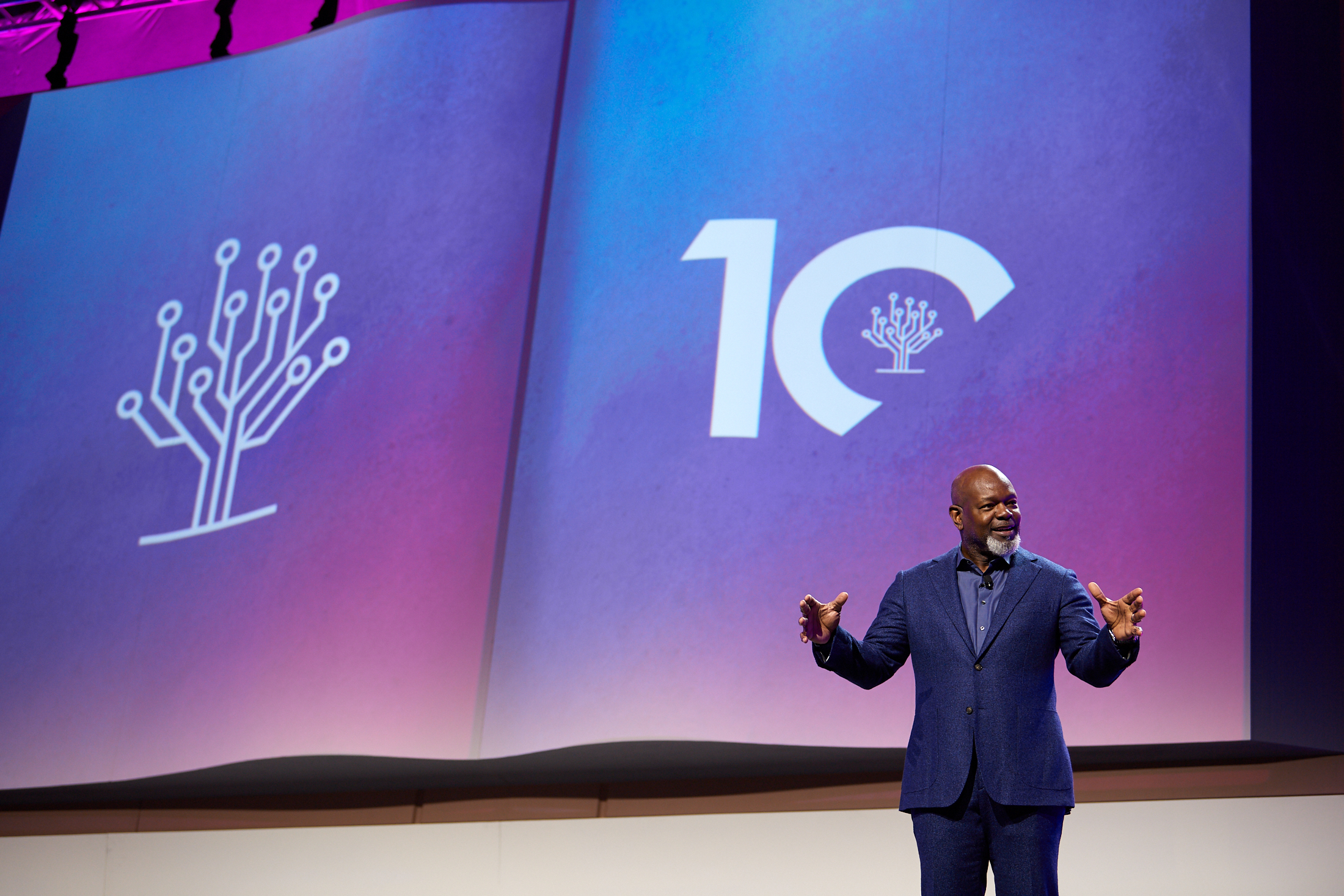 When Smith’s ancestors came to the United States, they came by way of slave ship. Along that route, he said, “[Many of those slaves] died in the journey and were tossed overboard. . . . My folk happened to make it all the way to Mecklenburg, Virginia.”

While visiting Mecklenburg himself, Smith learned of Mariah, one of his family’s early leaders. A slave at 13 years of age, Mariah walked from Mecklenburg to Burnt Corn, Alabama. Her life’s mission, Smith noted, was to “keep her family together.”

As part of his research, Smith recalled finding a stack of books in a county office and unexpectedly finding Mariah in one of those books. The book was labeled “D-Book 22,” and Smith—whose jersey number was 22—felt inspired by this connection. He said it was a “confirmation . . . that I was predestined to . . . do the things that I was able to do, but . . . it all began with this young woman with the strength of a thousand people—holding her family together and not wanting them to be apart.”

RootsTech 2020 Looks to the Future with 10 Year Celebration
Newsroom