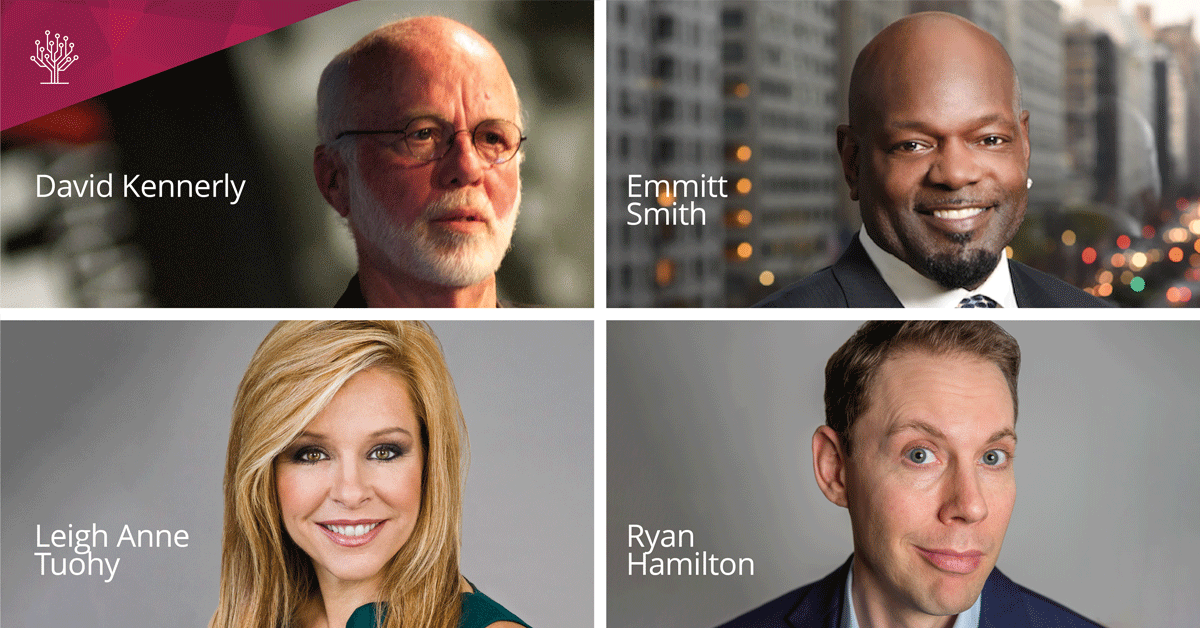 From football fans to photography buffs, everyone will cheer at the dynamic lineup of keynote speakers and entertainment at the 10th year of RootsTech 2020, the world’s largest family history conference. Speakers include Emmitt Smith of the Dallas Cowboys, Leigh Anne Tuohy of The Blind Side, and Pulitzer Prize winner and White House photographer, David Hume Kennerly, and comedian Ryan Hamilton. RootsTech will be held on February 26-29, 2020, at the Salt Palace in Salt Lake City, Utah.

The RootsTech 2020 theme is "The Story of You." The conference offers classes for all ability levels—from newbies to serious researchers—to help individuals make personal and family discoveries and connections. Classes include subjects such as DNA, helpful tools for organization and discovery, best practices for protecting and preserving photos and the latest technology for collecting and sharing family stories.

This opening session will celebrate 10 years of the RootsTech conference and the great strides made within the industry. Steve Rockwood, CEO of FamilySearch International, is the featured speaker. He will highlight the great innovations and developments in the industry, and the exciting future of family discovery anticipated in the next decade.

Leigh Anne Tuohy will be the featured RootsTech keynote speaker on Thursday. Touhy’s inspirational story was popularized by the book and film, “The Blind Side”. The story depicts the life-changing experience of the Tuohy family when they adopted teen Michael Oher—homeless and hopeless—and witnessed him complete his education and rise to become a first round NFL draft pick, All-American, and Super Bowl champion.

“Her story captured hearts across the country, and it demonstrates the type of person she is. She has a powerful understanding of the meaning of family, inclusion, and supporting one another. Her message is perfect for the RootsTech stage,” said Jen Allen, event director.

David Hume Kennerly will be the Friday keynote speaker. At age 25 he won the Pulitzer Prize in Journalism for Feature Photography. His photos have appeared on more than 50 major magazine covers and range in subject from 10 United States presidents and 12 presidential campaigns to documenting history in over a hundred countries. In 2015, Politico published his introspective photo essay, “I Want to Be with the Circus”, covering 50 years of campaign photography. It became one of the most widely viewed stories in the site’s history. Today, he maintains a busy publishing and lecturing schedule.

Stand-up comedian, Ryan Hamilton, will perform on Friday evening. Known for his clean, endearing humor, he pokes fun at his flaws and tells relatable stories of growing up in rural Idaho before moving to New York. Hamilton is popular on the New York City Comedy circuit and late-night TV. He recently launched a Netflix special, “Happy Face.”

Emmitt Smith, the NFL’s all-time leading rusher and the only running back to win a Super Bowl championship, the NFL MVP award, the NFL rushing crown, and the Super Bowl Most Valuable Player award in the same season, will be the keynote speaker on Saturday morning.

“Emmitt is a passionate individual and one of the best examples of determination and grit—two traits that are often found in many of our ancestral stories, including Emmitt’s,” said Allen.

Today Smith supports his charities for underserved youth and is a successful entrepreneur with interests in real estate, construction and technology.

With 300+ breakout sessions and classes and 200 exhibitor booths in the 200,000 square foot Expo Hall, there’s something for everyone. Select classes will be broadcast live. RootsTech also offers a virtual pass, which provides access to additional online recorded sessions from the conference.

New this year is a Power Hour (smaller classes split into three 15-minute segments), Lunch and Learn (featuring a speaker and a yummy boxed lunch), and two new learning forums.

RootsTech, hosted by FamilySearch, is a global conference celebrating families across generations, where people of all ages are inspired to discover and share their memories and connections. This annual event has become the largest of its kind in the world, attracting tens of thousands of participants.