RootsTech 2017 Was a Huge Hit; Expands the perception of family history

Missed it? Watch some of the sessions in their entirety online at RootsTech.org 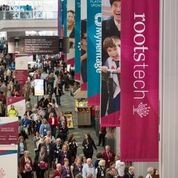 What do LeVar Burton, Drew and Jonathan Scott, The Cake Boss Buddy Valastro, CeCe Moore, Kenyatta Berry, and many other gifted and knowledgeable celebrities, speakers and presenters under one roof for four days have in common? Love of family. Last week more than 180,000 people around the world focused their attention on their families through RootsTech 2017, the world's largest family history event. Attendees participated both in person and online. Originating in Salt Lake City, Utah, RootsTech 2017 was all about celebrating, strengthening, and finding family connections.

The conference provided something for everyone exploring their family heritage—from the generally curious, to beginner wannabes and the expert family historian. More than 13,000 guests from most of the United States and 43 countries gathered at the Salt Palace, and more than 100,000 watched live via the internet. The reach will extend even further as those who were not not able to attend the popular show can view videos of key events and many of the classes as they are made freely accessible online at rootstech.org and shared through thousands of local RootsTech Family Discovery Days worldwide throughout the year.

Inspirational keynote speakers kicked off each day followed by more than 300 class sessions on a vast range of genealogical topics, an Expo Hall filled with 170 vendors’ displays of family history-related products, and evening enrichment events filling every moment with family activity. It was energetic, lively, exciting, entertaining, inspirational, and educational. 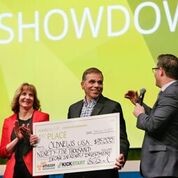 The Innovator Showdown focused on a contest for new technological developments that expand family-history-related markets and foster new ways to make family connections. Ten semifinalists from a field of 50 startups displayed their products. Later in the week, the field was narrowed to five finalists. Then a panel of judges, the in-person audience, and the online audience voted through the RootsTech app for their favorite apps. The 2017 RootsTech Innovator Showdown winners, including a people’s choice winner, took home more than $190,000 in prizes between them. Watch the 2017 Innovator Showdown finalists’ pitches.

LeVar Burton was noticeably moved at the end of his keynote when he was presented with a personal discovery of his own.  The host of RootsTech, FamilySearch, presented Burton with new information about his personal family history.  On the large screen above the stage, new generations of his ancestors were revealed to him.  In that remarkable emotional moment, Burton replied with heartfelt gratitude, "Is this what you folks do all day?"

The Property Brothers, Jonathan and Drew Scott, shared their family’s role in developing their work ethic and their entertainment and entrepreneurial success in their keynote address on Thursday. The Scott brothers have built a highly successful entertainment empire based on their joint passion for film, entertainment, and home renovation. Watch Drew and Jonathan Scott’s RootsTech 2017 keynote talk.

The Mormon Tabernacle Choir with featured soloist Dallyn Vail Bayles presented music and stories of the Rodgers and Hammerstein legacy with Oscar “Andy” Hammerstein III, who provided narration that evening, to a full house at the LDS Conference Center. 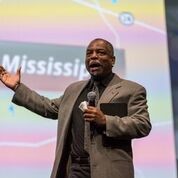 Friday was African American Heritage Day, highlighting a recent project to index Freedmen’s Bureau records. LeVar Burton and Kenyatta Berry were keynote speakers. Burton is known by millions as the face of Reading Rainbow and for his roles as Geordi La Forge, chief engineer in the iconic Star Trek: The Next Generation series and as the young Kunte Kinte in the TV miniseries, Roots. He told of the importance of family and of his mother’s, Erma Gene Christian’s, unselfish support as he developed his career. Many classes that day focused on overcoming the unique challenges of African American family research. Berry led a discussion forum on African heritage research. 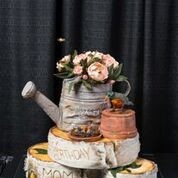 Saturday featured more speakers, classes, the LDS-oriented Family Discovery Day—and cake! A cake decorating contest drew in the talents of some outstanding local cake decorators. “Cake Boss” Buddy Valastro, a keynote speaker for the day, helped judge the cakes with each top winner taking home $2000. The cakes were served to the attendees at the end of the day. (Check out the winners in each category here and watch Buddy Valastro’s keynote address).

Valastro shared his story—of his Italian immigrant ancestors who passed on their career and love of baking. That heritage imbued him with the determination as a 17-year-old, when his father died, to take over the family bakery, perfect his skills, expand the enterprise, and later to become an entertainer and best-selling author.

Cece Moore, a genetic genealogist known as “The DNA Detective” and a media consultant shared her passion for using DNA testing to further genealogical research. “As human beings, we long to connect to our history and to each other, to know where we fit into the grand scheme of things,” she said. Many are finding answers through DNA, and DNA research shows powerful biological bonds based on experience, that often last through generations of separation. DNA, she says, has a profound effect on who we are.

Later that day, Elder Russell M. Nelson and his wife, Wendy Watson Nelson, addressed Family Discovery Day as over 20,000 parents and children joined the throng at the Salt Palace for an afternoon focused on family history from an LDS perspective.

Comments (0)
Thank you for your message. It will be posted after approval.

RootsTech 2017 Was a Huge Hit; Expands the perception of family history
Newsroom