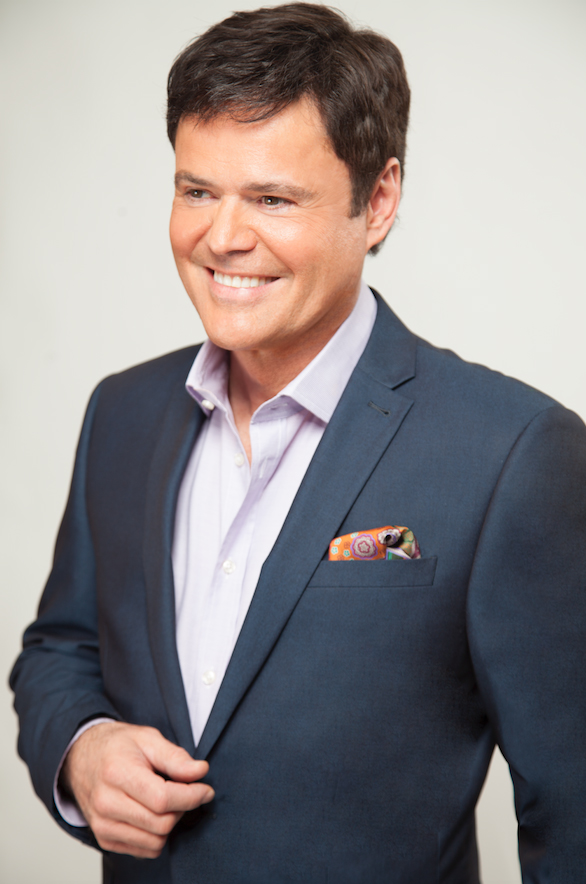 RootsTech, the world’s largest genealogy conference is coming to London and is pleased to announce Donny Osmond as a featured speaker. The 2019 conference will be held at ExCeL London October 24-26, 2019. Osmond will address RootsTech attendees on Saturday, October 26, at 11:00 a.m.

Osmond’s successful career as an entertainer has spanned five decades. He is known internationally for his talent as a singer, songwriter, actor, television series host, and as a best-selling author.

“I’m really looking forward to RootsTech London,” said Osmond. “The United Kingdom is like a second home to me. Much of my own ancestry is British, so I feel a particular affinity to this country and the people who call it home. I’ve enjoyed performing in the UK throughout my career. Family and family stories are also very important to me. I’m excited to speak about my heritage at this exciting event.”

Family has always been an integral part of Osmond’s life and career. He joined his older brothers singing on The Andy Williams Show at the age of five. By the time he reached adolescence he had become a teenage heartthrob. With his brothers, he released beloved songs such as “Puppy Love,” “Sweet and Innocent,” and “Go Away Little Girl.”

At 18 he became one of the youngest variety television show hosts in history with his younger sister, Marie, on The Osmonds which aired in the United Kingdom on BBC1 on Sunday afternoons and on ABC in the United States as Donny and Marie from 1976 to 1979.

In the late '80s Osmond added two more popular singles to his list of hits, “Soldier of Love” and “Sacred Emotion,” both ranking high on billboard charts. 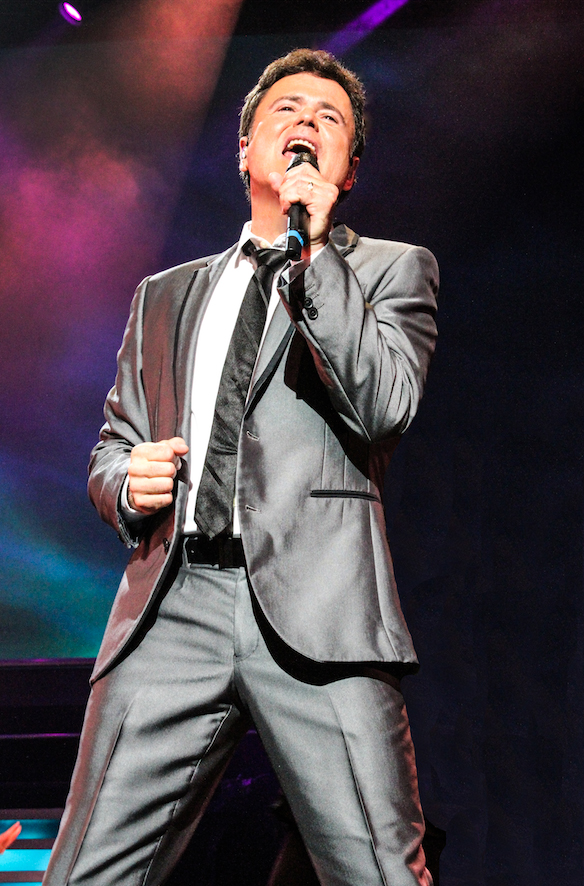 Throughout the '90s Osmond spent much of his time participating in musical theater and was wildly successful in his role as Joseph in Andrew Lloyd Webber’s Joseph and the Amazing Technicolor Dreamcoat, performing the role over 2,000 times. Later, in 2006, he played the villain Gaston in Disney’s Beauty and the Beast. He also provided rich vocals for songs in two well-known animated films. He sang “No One Has to Be Alone” in Universal's The Land Before Time IX: Journey to Big Waters. and “I’ll Make a Man out of You” in Disney’s Mulan.

Osmond has been performing with his younger sister Marie in Las Vegas since 2008. Their show, originally scheduled for just six weeks, is now in its 10th  year, with the final show now scheduled for late 2019. During the last decade, their show has received multiple awards, such as Best Show, Best Singer, Best Band, and Best Dancers.

Throughout his illustrious career, Osmond has been surrounded by his family. These relationships, past, present, and future, continue to be important to him. So much so, that he has a section on his website, Donny.com, dedicated to family and family history. He enjoys finding common ancestors and linking his family tree with people from around the world. Are you related to Donny Osmond? Find out by creating an account on FamilySearch Family Tree mobile app, and don’t pass up the opportunity to see him in person at RootsTech London 2019! Register today at RootsTech.org/london.

RootsTech, hosted by FamilySearch, is a global conference celebrating families across generations, where people of all ages are inspired to discover and share their memories and connections. This event,held annually in Salt Lake City, Utah, and now in London, England, has become the largest of its kind in the world, attracting tens of thousands of participants worldwide.

Comments 1 - 2 (2)
Thank you for your message.
Debbie Janes
I wish to purchase a ticket for any dates
Maureen Haden
HI

I wish to purchase a ticket for Saturday 26th October.
My registration number is 05851030.

See and experience the talents of renowned entertainer Donny Osmond at RootsTech, London, on October 24-26, 2019, at the ExCel Center in London.
Newsroom