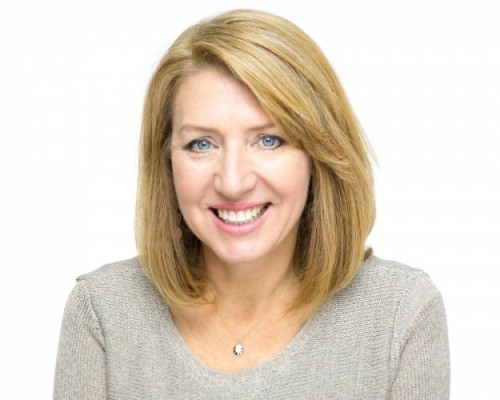 Do you multiply or diminish intelligence? Liz Wiseman, a leadership strategist, best-selling author, and inspiring speaker whose recent clients include Disney, Microsoft, eBay and PayPal, Google, and Facebook, is excited to share highlights of what she has learned as the keynote speaker for the 2017 Innovator Summit at RootsTech. Innovator Summit is a one-day event for developers, entrepreneurs, and innovators who want to explore business and technological opportunities in the multibillion dollar family history industry. The Innovator Summit will be held on February 8, 2017 at the Salt Palace Convention Center in Salt Lake City, Utah.

Liz Wiseman teaches leadership to executives and emerging leaders around the world. She is the founder and president of the Wiseman Group, a leadership research and development firm headquartered in Silicon Valley. She has been listed on the biennial Thinkers50 ranking for 2013 and 2015 and named one of the top 10 leadership thinkers in the world.

Wiseman is the author of three best-selling books: Rookie Smarts: Why Learning Beats Knowing in the New Game of Work; Multipliers: How the Best Leaders Make Everyone Smarter; and The Multiplier Effect: Tapping the Genius Inside Our Schools.

She has spent years working around a lot of really smart executives in tech industries and conducted significant research in the field of leadership. She's observed how some leaders actually shut down the brain power of people around them.

"Yet, other leaders seem to amplify the intelligence of people around them," said Wiseman. "These leaders were intelligence multipliers." She said that “when these leaders walked into a room, it was as if you could see lightbulbs going off over people’s heads, and ideas flowed and problems got solved.”

Wiseman has emphasized that one of the most important aspects that she learned in this research was “that when we linger too long on a plateau a little part of us dies inside. But when we step out of the space of knowing—where we are fully capable—and step into unfamiliar territory, we feel alive. I think it is actually where we feel divine, and, in some ways, I feel like it is where we see God’s hand working in our lives.”

Wiseman is a frequent lecturer at BYU, Stanford University, and the Naval Postgraduate Academy. She is a former executive at Oracle Corporation, where she worked over the course of 17 years as the vice president of Oracle University and as the global leader for human resource development. During her tenure at Oracle, she led several major global initiatives and has worked and traveled in over 40 countries. She writes for Harvard Business Review and Fortune. Her work has appeared in The Wall Street Journal, Fast Company, Entrepreneur, Inc., and Time.

The annual Innovator Showdown contest is designed to foster innovation in the family history industry. Ten semi-finalists will be chosen and announced, with $100,000 in cash and in-kind prizes offered by sponsors to the winners.

Comments (0)
Thank you for your message. It will be posted after approval.