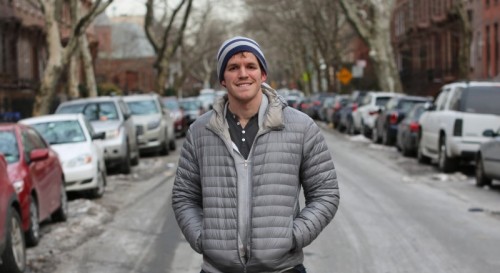 RootsTech is delighted to announce that Brandon Stanton, creator of Humans of New York, will be the keynote speaker at RootsTech 2018, on Thursday, March 1, 2018. Stanton is a world renowned photographer and storyteller. He is recognized for his incredible talent of telling the story of everyday people he photographs, helping them feel important. At RootsTech 2018, Stanton will share his story, motivations, and some of the messages that his camera has captured in his quest to find the stories that drive the lives of the people of our world.

In 2010, Stanton was laid off as a bond trader in Chicago. Undaunted, he bought a camera and set out to create a photographic census of 10,000 everyday people on the streets of New York. He published his initial work on his website, Humans of New York, and then added quotes of his subjects to create short, heartfelt, personal glimpses from their lives. His efforts were noticed—gaining over 20 million fans across Twitter, Facebook, and Instagram.

Stanton’s work beautifully illustrates that every life has a story—an important story. He masters the art of visually telling each person’s story, which he now conveys in his popular new weekly Facebook series for a TV show called Humans of New York: The Series. Some messages are sweet, some surprising, some sad, and many contain homespun nuggets of insights that people have found in the chronicles of their lives.

Since his journey began in 2010, Stanton and his camera have roamed the streets of New York and through more than 20 different countries, including the streets of some of the world’s most remote and troubled regions. The storytelling power of his social media sites have provided a platform to raise money to help change the situations of thousands of people in difficult circumstances.

Comments 1 - 2 (2)
Thank you for your message.
Matheus Nascimento
Congratulations on the excellent content.
Profissional em Festa de Aniversario Árabe, São Paulo - SP
Raymond Lamont Hunter
Write now am I a millionaire and how do I have access to my money