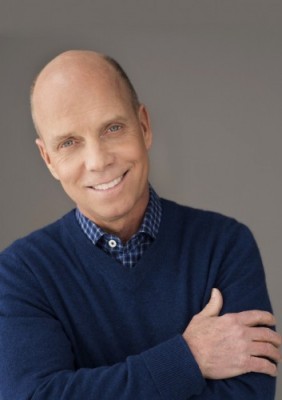 Hamilton is hailed as one of the greatest male figure skaters of all time. He won a gold medal for his stunning performance in the 1984 Olympics in Sarajevo. He won four consecutive US figure skating championships and four world championships from 1981 to 1984. In 1990, Hamilton was inducted into the United States Olympic Hall of Fame and the World Figure Skating Hall of Fame. In all, he has earned more than 70 titles, awards, and honors for figure skating.

For the past 30 years, his broadcast analysis of national and global skating competitions has provided firsthand insights, and his speeches and books are uplifting and motivating.

Besides his many accomplishments in the public arena, Hamilton says his family members have always been an integral part of his success and are the most important people in his life. He is excited to share more of his personal and family stories at RootsTech 2018. 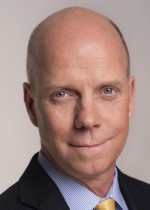 We all have a story to tell...All of us have a legacy to leave for future generations. It’s hard to be memorable in this world, but through our children, we have a chance to really make an impact.

Born August 28, 1958, in Toledo, Ohio, Hamilton was adopted when he was six weeks old by Dorothy and Ernest S. Hamilton. He has overcome many obstacles on his path to success including an illness at age two when he stopped growing. Doctors were unable to determine the cause, and over time the condition corrected itself.

His parents supported his figure skating passion from the time he began skating at age 13. “Family in my early years of skating were all in the ice show. I remember taking pictures on our front lawn in April, all in our costumes and ices skates. . . . Once I started skating, everybody was involved. . . . We were all in, 100%. It was our ‘candy,’” he said.

His highly publicized battles with cancer that interrupted his skating career have inspired millions. Following his mother’s passing from cancer and his own survival, he established the Scott Hamilton CARES Foundation (Cancer Alliance for Research, Education, and Survivorship) to improve cancer survivorship. In 2014, he founded the Scott Hamilton Skating Academy to rebuild figure skating and offer fresh ways for students to fall in love with skating, as he did as a child.

His wife, Tracie, and four children are now the center of his life. While helping with recovery efforts in Haiti following the devastating 2010 earthquake, he and Tracie fell in love with two amazing orphans. “Now they are our own children; so now we have four,” said Hamilton. “It’s fun, and it’s crazy, and it’s non-stop, and [we] just keep going, going, going. Life is full. Life is good. And I couldn’t be more grateful for the opportunities to be a part of this very fun—we put the fun in dysfunctional—family.”

When asked how he feels about keynoting RootsTech 2018, Hamilton says he looks forward to soaking in the RootsTech experience and sharing his story. “We all have a story to tell. All of us. And we all have great lineage and heritage. And we’ve got all of these generations and generations and generations [before us]—nothing started with us.” While at RootsTech, Hamilton says he is excited to meet as many people as he can and hear about how they have found their lineage, ancestors, and their families.

“All of us have a legacy to leave for future generations,” he said. “It’s hard to be memorable in this world, but through our children, we have a chance to really make an impact,” he said.

Come to RootsTech 2018, February 28 to March 3, 2018, to learn more about Scott Hamilton’s incredible journey, discover your roots, make family connections, and catch the spirit of belonging to generations of your family.

Comments 1 - 2 (2)
Thank you for your message.
Lori Collins
What did Scott learn about his biological mom and dad?
Tampa Allcock
Scott I have followed your career for years, just like Pegg Flemming a d Kristen Yamiguci. I love skatin, even though I'm 58, it is the favorite part of the Olympics. I grew up in Detroit and when we moved to Memphis,no ice skating rink. Had to wait til ice capes came around. Nevertheless, I still love the artistry of skating. It is like watch ballet on ice, which I had ten years of at an earlier agr. Anyway, congrats on your success and thank you for your continued love of the sport!