FamilySearch’s technical innovation is now showcased in Philadelphia’s new Revolution Place, an immersive discovery experience at the Museum of the American Revolution.

The permanent playscape officially opened to the public on June 9, 2018, and takes visitors back in time to the museum’s neighborhood where they can explore life in Revolutionary Philadelphia.

Along with the core exhibit and temporary gallery, Revolution Place expands the museum’s ability to bring history to all ages. Revolution Place is an immersive experience that transports visitors to 1770s Philadelphia. In partnership with the museum’s staff, FamilySearch created four interactive displays for the new space. 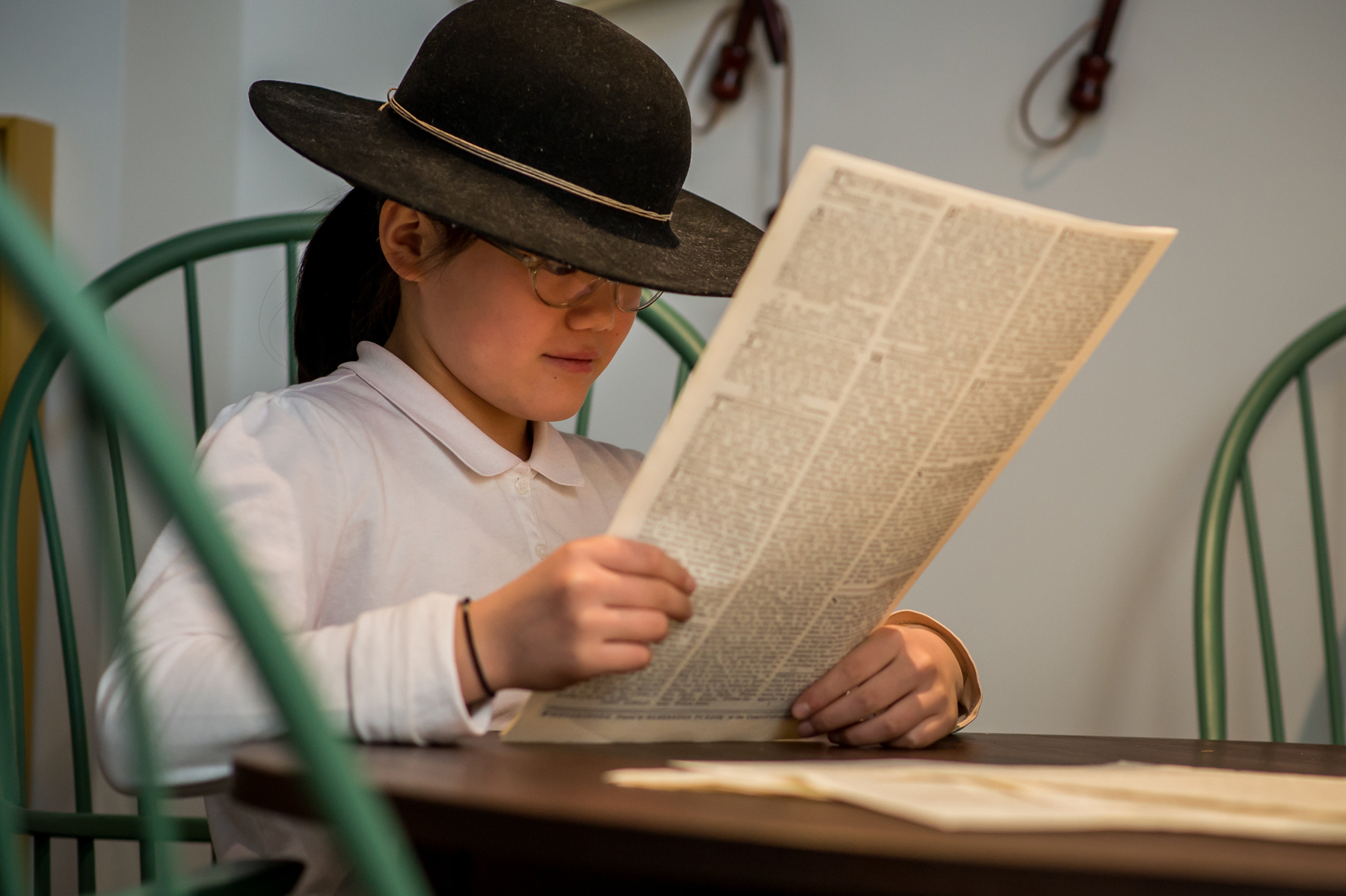 “Thanks to the generosity and support of FamilySearch International, we are delighted to be able to offer this immersive new playscape for families to discover what Philadelphia was like during the Revolutionary War,” said Dr. Elizabeth Grant, Director of Education for the Museum. “Like FamilySearch, we believe in the power of personal stories and imaginative play to engage young people in learning about the founding of our nation.”

“We [FamilySearch] have amazing developers, who are some of the best in the world. We designed the interactive touchscreens in Revolution Place to help people understand the story of the Revolution and bring it digitally to life," said Dan Call, technical project manager for FamilySearch International and Revolution Place project.

Revolution Place is a miniature Philadelphia neighborhood. Along with city streetscapes, it offers four recreated spaces, each embedded with a digital interactive.

Home Parlor: Within the parlor of a Philadelphia home hangs a map interactive. “My favorite part about the home is the digital touchscreen that we created to show what life was like during the American Revolution on the actual block where the museum has been built,” Call said. “The museum provided the research, which we used to create a lot-by-lot look into the 1770s residents of the museum’s block,” Call added. 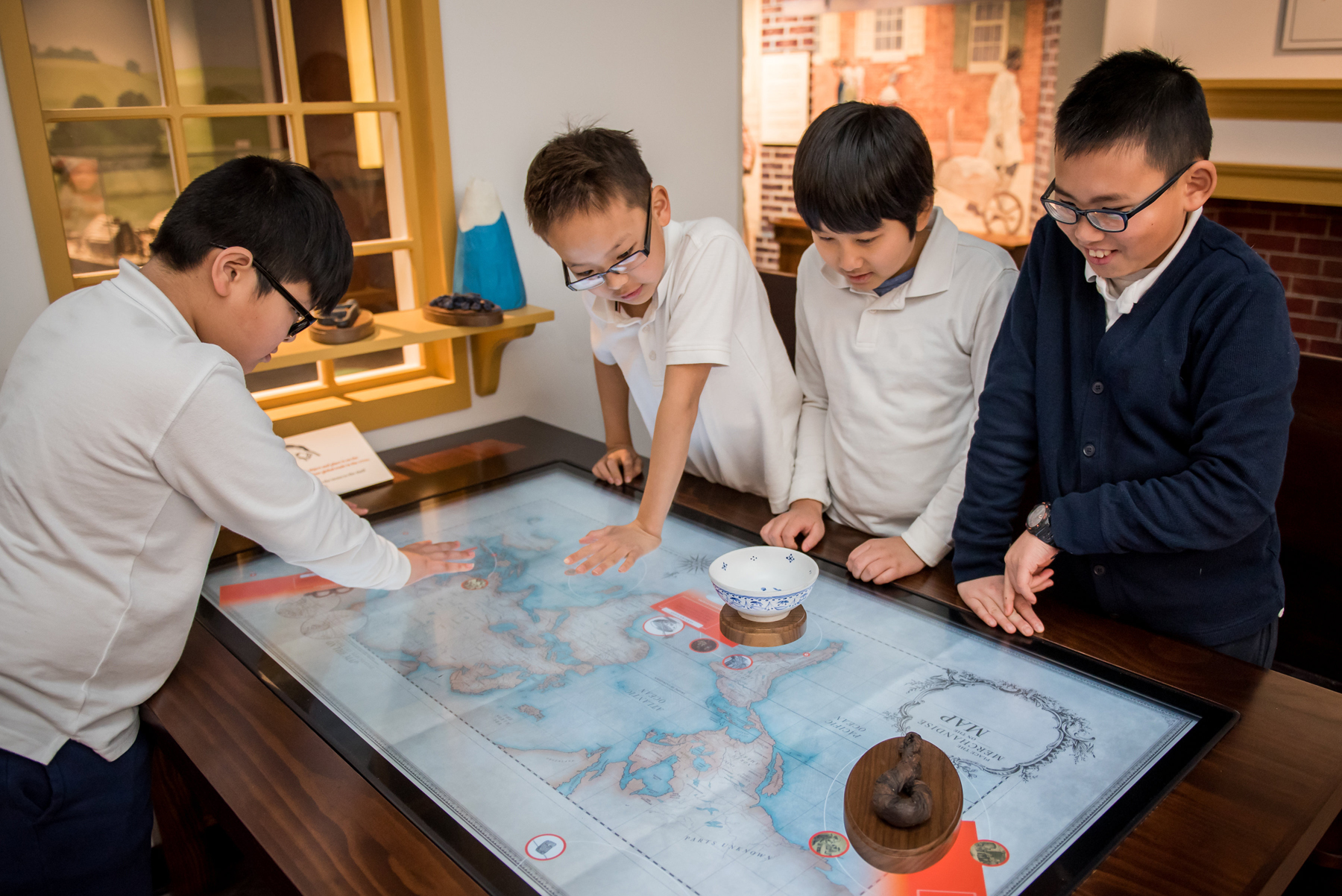 Tavern: Taverns were a hub of social activity for neighborhoods. “There, people engaged in trade and commerce, exchanged opinions, read newspapers and pamphlets on the issues, and rallied to get people involved with the Revolution,” Call added. Guests can settle in at tables with embedded touch screen maps. When a reproduction colonial trade item, such as a tea cup, porcelain bowl, chocolate, sugar, ivory, tobacco, among other items, is placed on the tables the touch screen lights up to show the object’s origins, how it was made, what it was used for, and other details. The map and goods show how connected the 18th-century world was. 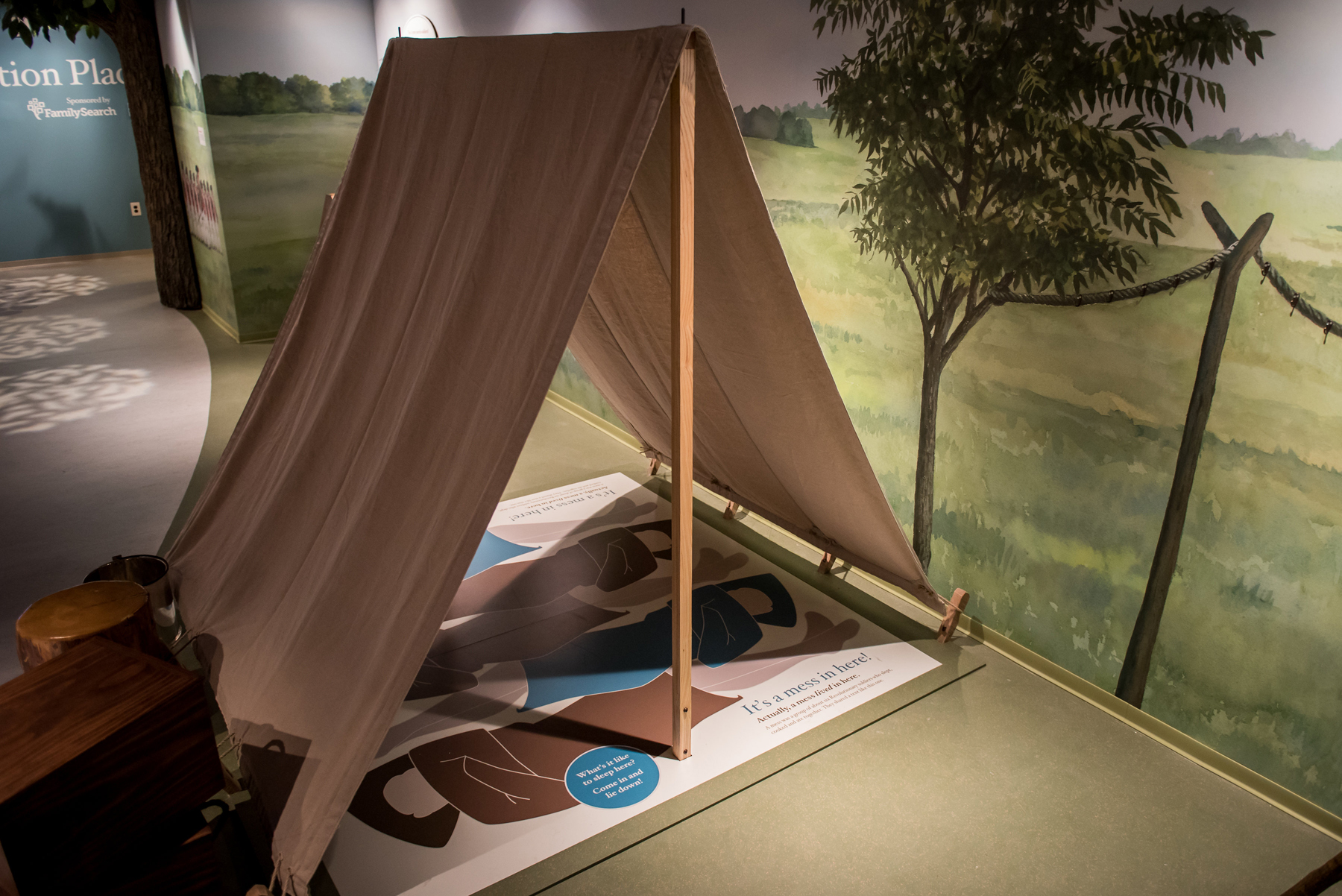 Military Encampment: Along with exploring a soldier’s tent, trying on soldier’s and camp follower’s clothing, and helping with camp chores, visitors can digitally enlist in the Continental Army. The interactive takes guests step-by-step through joining the Army, including an enlistment form, a muster roll, clothing and equipment, and what soldiers can expect to be paid. Using a targeted set of FamilySearch records guests can see if someone with their surname served in select regiments of the Continental Army. 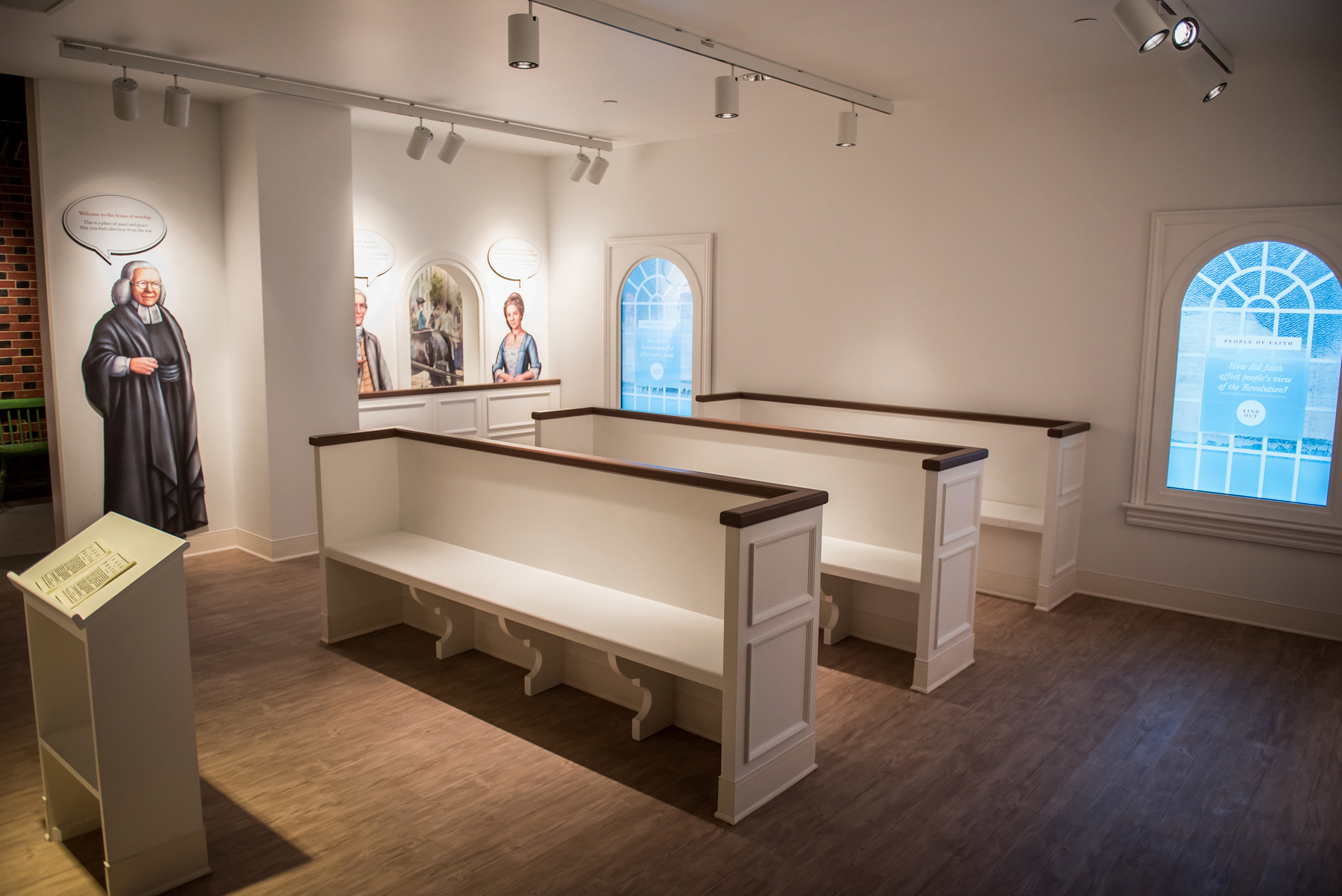 church serves as a worship space, public meeting room, and a military service facility. Two window-shaped “People of Faith” touchscreens explore the stories of eight religious men and women whose views impacted their involvement in the Revolution, including an Anglican, Presbyterian, Quaker, African Episcopal, Sephardic Jew, Catholic, and Muslim couple.

Excited by the possibility of collaboration, FamilySearch and the Museum explored what kind of project they should embark on together. “The original plan was to put in a discovery center like those in some of our family history centers, but it became apparent very quickly that to support the museum’s needs and make it immersive, we had to make something specific to the Museum. We brought technology that enriched the Museum’s experiences through four digital touchscreens,” Call explained.

FamilySearch believes when individuals can see themselves in fun, interactive discovery experiences built around insightful historical contexts like Revolution Place, that it changes them and strengthens family connections.

“The American Revolution was shaped, in part, by people and their conversation, both public and private — visitors to the new Revolution Place will be able to put themselves in the shoes of Philadelphia’s revolutionary generation,” said Diane Loosle, vice president of help for FamilySearch.

Explore the free services FamilySearch offers online or learn more about the Museum of the American Revolution.

About the Museum of the American Revolution

Opened on April 19, 2017, the Museum of the American Revolution explores the dramatic, surprising story of the American Revolution through its unmatched collection of Revolutionary-era weapons, personal items, documents, and works of art. Immersive galleries, powerful theater experiences, and interactive digital elements bring to life the diverse array of people that created a new nation against incredible odds. Visitors gain a deeper appreciation for how this nation came to be and feel inspired to consider their role in the ongoing promise of the American Revolution. Located just steps away from Independence Hall, the museum serves as a portal to the region’s many revolutionary sites, sparking interest, providing context, and encouraging exploration. The Museum is a private, non-profit, and non-partisan organization. For more information, visit www.AmRevMuseum.org or call 1-877-740-1776.

Comments 1 - 2 (2)
Thank you for your message.
Sara Brower
I had no idea - will have to pop in sometime when I'm in Center City. Thank you...
Charles Heis
I AM LOOKING FOR heis ancestors from the HAMILTON ohio area

FamilySearch’s technical innovation powers Philadelphia’s new Revolution Place, an immersive discovery experience at the Museum of the American Revolution. The attraction takes guests back in time where they can explore life in Revolutionary Philadelphia.
Newsroom