You might say that 25,000 volunteers were silent recipients of a 2018 Silver Anvil Award for Integrated Communications when it was presented to FamilySearch International in New York City. The prestigious honor, which was bestowed by the Public Relations Society of America (PRSA), was given because of the supportive collaboration that led to the success of the Freedmen’s Bureau Project.

Nearly 1.8 million African-American historical documents were indexed by the volunteers, resulting in searchable online records for those hoping to find long-lost ancestors.

The Freedmen’s Bureau Project was announced by FamilySearch International on June 19, 2015 in conjunction with Juneteenth and the 150thanniversary of Emancipation Day. Through an unprecedented collaboration with the Afro-American Historical and Genealogical Society (AAHGS), the Smithsonian National Museum of African American History and Culture (NMAAHC), and the California African American Museum (CAAM) a grassroots effort was launched that unlocked invaluable, 150 year-old African-American records in the Freedmen’s Bureau. Previously, the microfilmed records of the original Freedmen’s Bureau records were only available to view at The National Archives and Records Administration or in a field office.

The online crowdsourcing initiative to transcribe historical documents was completed in 366 days—on June 20, 2016—with the help of civic, educational, and religious groups. At least 120 indexing events were held across the nation and in parts of Canada.

Congress established the Bureau of Refugees, Freedmen and Abandoned Lands in 1865. It assisted formerly enslaved individuals and thousands of impoverished Southern whites by providing food, clothing, medical care, legal representation and many other services. Offices were established in 15 southern and border states and the District of Columbia. Though the Bureau only operated until 1872, it provided handwritten records, including letters, labor contracts, lists of food rations issued, indentures of apprenticeship, marriage and hospital registers, and census lists. 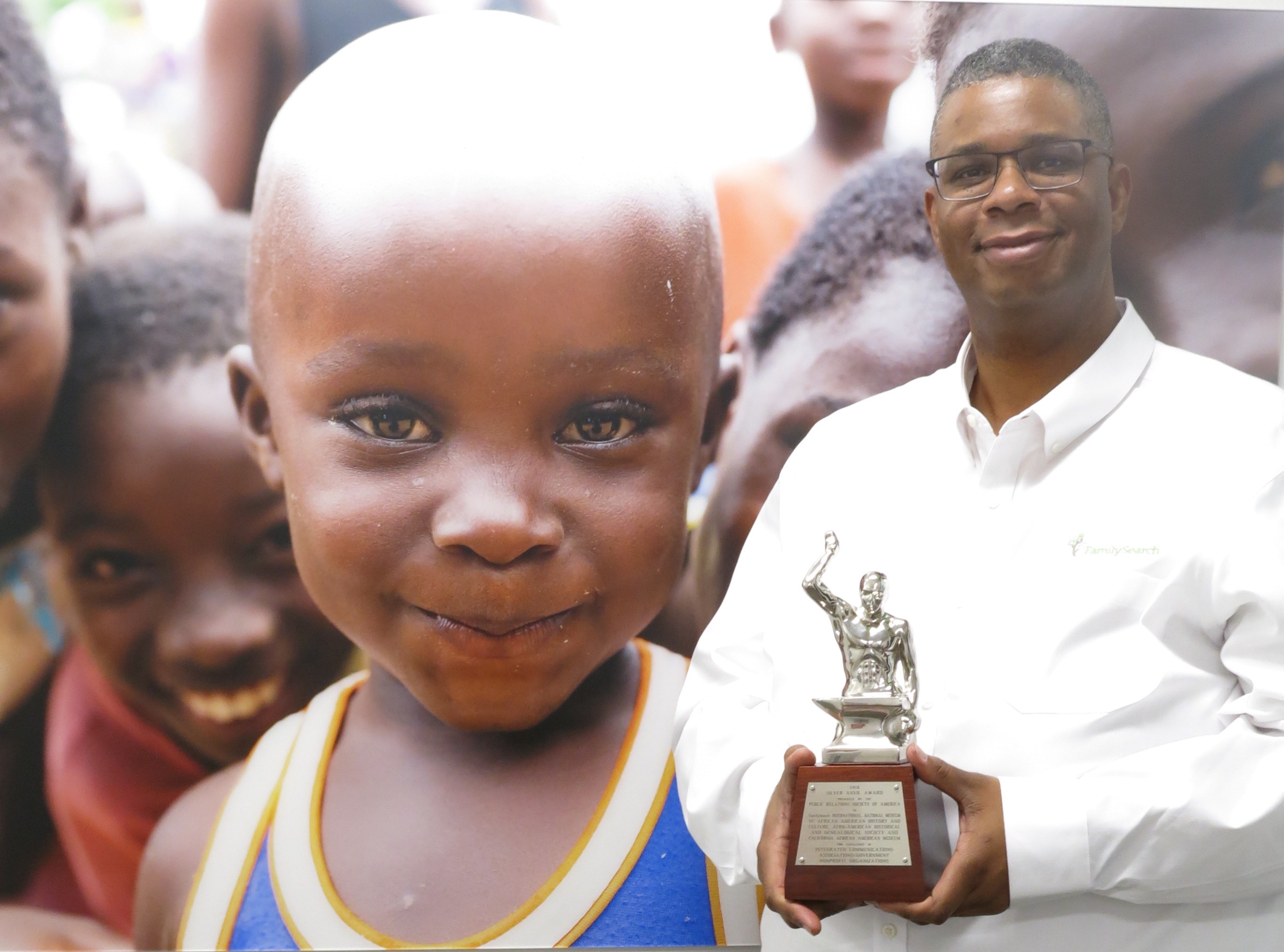 The free FamilySearch online database allows researchers to locate individual names and access digital copies of original handwritten records. For many people, this will be a key to finding their own family history and a chance to build their own family trees.

“We want to help individuals overcome the brick wall of research,” said Thom Reed, Deputy Chief Genealogical Officer for FamilySearch International. “The indexing of these records allows many African-Americans to create a link to their Civil War-era ancestors for the first time. This effort brings to life the names of those who came before so we can honor their great legacy. The most rewarding part of the project has been seeing the benefits to the families.”

The PRSA Silver Anvil Awards, considered the “Oscar” of the communication industry, began in 1945. Each year, the organization has recognized the best public relations campaigns and the highest standards of performance in small businesses, Fortune 500 companies, not-for-profits, and major government agencies. The Silver Anvil Award is considered the most prestigious and iconic award in Communications.

Comments 1 - 1 (1)
Thank you for your message.
Renate Sanders
This is wonderful! Congratulations (from one of the “silent recipients”. I’m proud to have been a part of the project!