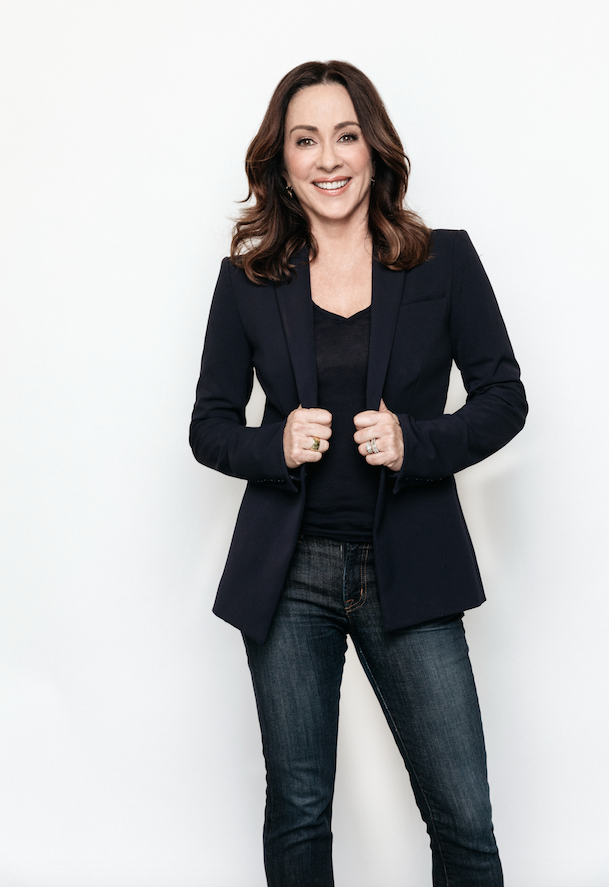 RootsTech is delighted to announce that actress Patricia Heaton will keynote at the conference on Thursday, February 28, 2019, in Salt Lake City. Heaton is best known for her role as Deborah Barone on the hit sitcom Everybody Loves Raymond (1996–2005) and more recently as Frankie Heck on The Middle (2009–2018).

Although Heaton has played many roles throughout her career, she is celebrated for her relatable and funny representation of what being a typical American wife and mother looks and feels like. If anyone knows personally and understands the crazy and sometimes complicated ins and outs of family life, it’s Heaton. As a wife for nearly 3 decades and a mother of 4 grown sons in real life, Heaton has had plenty of personal experience fueling her success in her iconic motherly roles.

“We’re thrilled to welcome Patricia to RootsTech,” said Jen Allen, event director. “Not only is she a celebrated actress who has personified the iconic American mother on television, but she’s also a wife and mother of 4 boys who understands and cherishes the role of family. Her message of faith, family, and supporting one another will resonate with the RootsTech audience.”

Heaton was born and raised in Bay Village, Ohio. She was the fourth of 5 children and spent much of her youth dreaming of musical theater. As a child she and her friends would memorize songs from popular musicals and act out the plays together at nearby parks. She has always had a lovely singing voice and as a child enjoyed being the center of attention.

Raised in a devout Catholic family, Heaton grew up saying grace, saying prayers and attending weekly Mass. Her father, Chuck Heaton, was a bit of a local celebrity, a respected sports writer that covered the Browns and other Cleveland teams for over 50 years. Heaton’s mother, also named Patricia, died unexpectedly at the age of 46 from a brain aneurysm when Heaton was just 12 years old. The loss was devastating, but in time Heaton found that participating in theater and singing ebbed the pain. She believes that although the loss of her mother was extremely difficult, it instilled in her an independence that has served her well in life and in her career.

Heaton attended Ohio State University and earned a bachelor’s degree in theater. Shortly thereafter she moved to New York to pursue her dream of becoming an actress. After 9 challenging years filled with acting classes, a number of small roles, and multiple odd jobs, she was ready for a fresh start and moved across the country to Los Angeles.

In Los Angeles she landed prominent acting roles, married David Hunt, and raised their family. She now believes that motherhood, and all the responsibility that came with it, only made her a better actress.

Heaton is also an author of two books. Her most recent, a recipe book, is Patricia Heaton’s Food for Family and Friends: 100 Favorite Recipes for a Busy, Happy Life, and her humorous collection of essays about life and family, published in 2003, is Motherhood and Hollywood: How to Get a Job Like Mine.

Heaton’s is a remarkable story of perseverance and ultimate success. With 18 successful sitcom seasons playing a wife and mother and many more seasons as an actual one, she has much to share about family and values. Join us at RootsTech 2019 to hear from one of the most recognized and beloved actresses in television. Learn more, or register at RootsTech.