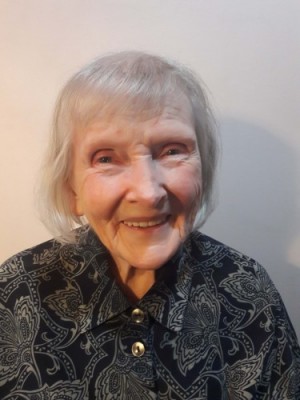 People we encounter every day sometimes have the most interesting stories to tell, whether it’s the old man tapping his cane as he walks along the sidewalk, the teenage girl transported to a different world through her earbuds and cell phone, or the group on the beach engaged in a friendly game of volleyball. Brandon Stanton, the keynote speaker at RootsTech 2018, has made a career of getting to know everyday people by taking their pictures and telling their stories (see Humans of New York).

After reading just a few of his subjects’ profiles, you will deduce that making a difference doesn’t have to be limited by where you live or what your circumstances or physical challenges may be. Take Ina Hearns, for example. She is a 94-year-old FamilySearch online indexer and arbitrator volunteer from New Zealand who has made a difference in the lives of more than a million people.

Originally from South Africa, Ina is a near-centenarian who has no intention of slowing down. This seasoned FamilySearch community member was once a professional dancer, along with her husband, Winston, and together they earned many awards and certificates. Ina also has a degree in accounting and worked to help buy the family’s home in Zambia (then Northern Rhodesia) while her husband worked in a copper mine there. Unfortunately, the family had to sell their home at a great loss during the civil upheavals that took place before Northern Rhodesia was granted freedom from the United Kingdom in 1964. Worried about their safety, the family relocated to New Zealand, where they lived for several years before returning to South Africa.

While in New Zealand, Ina learned about genealogy. She found, to her delight, that her grandmother was right—they did have royal blood from England. Ina and her husband traveled all over South Africa looking for records in archives and genealogical and historical societies for their personal family histories. They were able to find old wills of their English ancestors dating to the 1500s. The wills were written in Old English and Latin, but Ina was able to translate them.

Because of the political upheaval in South Africa in 1984, the family once again decided to move to New Zealand, to the city of Christchurch. There, Ina and Winston were pioneers in establishing FamilySearch‘s Name Extraction program, an earlier name for FamilySearch Indexing. The earlier program was designed to index a variety of family history sources. Volunteers manually transcribed names and other relevant information from the paper copies of historical documents and then entered the information onto computers.

The indexes that were produced ultimately resulted in an easier-to-use name index on computer diskettes. Decades later, the index would be freely searchable with the advent of the internet and FamilySearch. With help from the volunteer couples they trained, Ina and Winston completed more than 79,000 cards. Ina quipped that if she had been using FamilySearch’s current web-based indexing tool, one person could have completed the same amount of work in a single weekend. Ina’s early volunteer work helped supply information for FamilySearch’s massive Family Tree database online today with more than a billion searchable names, including Ina’s own genealogy. 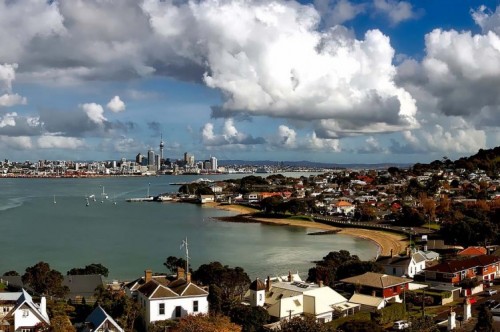 Following her husband’s death in 2001, Ina moved to Auckland, New Zealand, to be closer to family. She continues her love of helping others and has a personal goal to get as much indexing work done as she can. Ina finds motivation when she compares how indexing is done now with how she had to index in the past, using manual methods and older technology. She marvels that what used to take days, months, and even years, can now be done with a few quick keystrokes on a mobile device. Ina particularly likes FamilySearch’s hint feature, which makes finding family records even easier by automatically comparing new records published on FamilySearch with the names in a person’s family tree. The person is then informed of any high-probability matches.

Ina’s years of volunteer work as an indexer and arbitrator have made a difference. As of September 14, 2017, Ina has indexed 20,112 batches of historical records and has arbitrated another 40,617 batches indexed by others around the world. This means that through Ina’s efforts alone, more than a million names have been made freely available to anyone trying to research or identify their deceased ancestors.

Never Too Old to Make a Difference

The time Ina spends indexing or working on her personal genealogy can vary each day but generally ranges from three to eight hours. She tells everyone that we exist because of our ancestors, so we have a responsibility to find them. That notion is sufficient to keep her going. She summarizes, “It is difficult to look at a picture and see the entire person, but as we seek out those who are in this great genealogical work, we can see what education, experience, and courage each person has and has experienced.”

Ina Hearns may never know the hundreds of thousands of people she has personally helped as they discover an ancestor, but it doesn't matter. Ina is a person who is motivated by the very thought of helping others. FamilySearch thanks her for her priceless contributions and for her benevolent efforts. FamilySearch also thanks the hundreds of thousands of other online volunteer indexers like Ina, who are helping to make the world’s historical records easily and freely discoverable online.

RELATED THINGS TO DO

Add your family history, memories, and photos to the free FamilySearch Family Tree.

Find out how you can make a difference as a FamilySearch volunteer indexer.

Comments 1 - 1 (1)
Thank you for your message.
Fredrick Shamola
This is a great article. Kudos to Sister Ina Hearns. Many will be indebted to her.