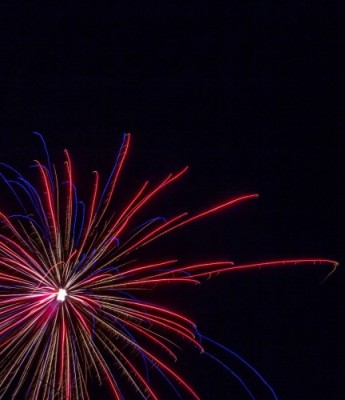 New Year's family traditions differ across cultures. On New Year’s Eve when I was a child, we played board games until minutes before the new year and then turned on all the lights, ran around the house banging pans and blowing cheap little horns at the stroke of midnight. Mom and Dad kissed, and then the whole family toasted with cocoa or sparkling cider and shouted, “Happy New Year!”

Little did I know that we were mimicking customs of the past. No doubt my parents were trying to create a fun family tradition. They probably didn’t realize that thousands of years ago people believed that light and noise would drive away the evil forces of the past, so communities set fires and made loud noises at the stroke of midnight.

Over time, almost every country has developed its own traditions, which often include rituals of self-improvement, such as making resolutions, or superstitions that are supposed to produce good luck, happiness or wealth. Today, New Year’s Eve is one of the most celebrated holidays in the world. Kiribati, which includes Samoa, Tonga and Kiritimati (Christmas Island) is the first region to greet the new year, and American Samoa and Baker Island in the USA are the last.

In the past few years, an estimated one billion people around the world have adopted the 20th-century tradition of watching the Times Square New Year’s Eve Ball in New York City descend as millions of voices count down the final seconds of the year.

The list of customs and traditions is endless, but here are 15 ways different cultures say goodbye to the old year and welcome the new. Who knows—maybe you’ll find an idea you’d like to try with your family. 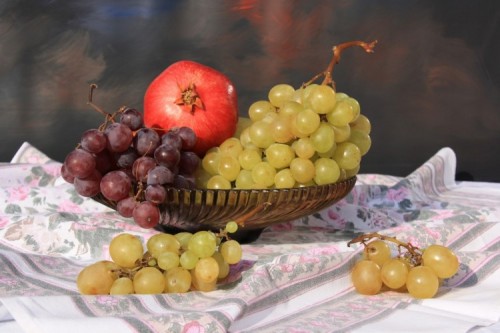 1. On New Year’s in the Philippines, everything round symbolizes coins of prosperity for the new year —fruit, bread, coins, or polka dots. People keep coins in their pockets and make noise to attract wealth.

2. In Bolivia, Greece, and Bulgaria families bake coins, fortunes, or charms into traditional cakes for the New Year holiday. Whoever receives the slice with the “extra treat” is deemed to have good luck in the next year. (Chew carefully!)

3. In some areas of Denmark, people save broken dishes throughout the year and throw them at the door of friends and family at the stroke of midnight. The deeper the pile of broken dishes, the higher those people are esteemed by their loved ones. Another Danish tradition is to climb onto a chair, sofa, or table and jump off into the new year. 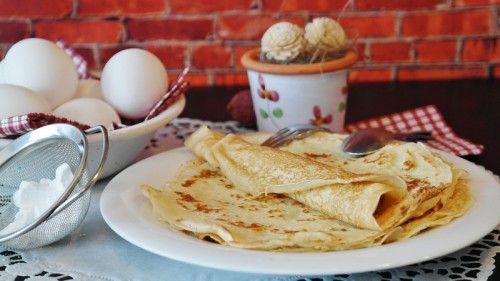 4. On New Year’s Eve, some French families usher in the new year with a stack of pancakes—unless they’re busy kissing under the mistletoe as the clock strikes midnight.

5. In Guatemala, it is a tradition to go outside and throw 12 pennies directly behind you on the street in hopes of prosperity during the new year.

6. New Year’s Eve in Russia combines Christmas and new year celebrations. Many communities, including Red Square, have a New Year’s tree, fireworks, and live music. Families look forward to a New Year’s Eve visit from the Russian Santa, Ded Moroz, or Father Frost, and his daughter Snegurochka, who leave presents to be opened the next morning.

7. Hogmanay is one of Scotland’s biggest holidays. One of the most spectacular and possibly dangerous celebrations is observed in Stonehaven, a town in Aberdeenshire. Balls made of wire are filled with paper and material scraps prior to the festival. On New Year’s Eve, crowds gather, traditional pipes and drums play, and the balls are set on fire. Carriers swing them around their heads as they parade to the bay and toss them in. The celebration in Edinburgh is equally bright but less threatening. Thousands of spectators watch as masses of pipes and torches march down the Royal Mile to Holyrood Park to view the breathtaking Torchlight Procession and spectacular fireworks.

8. Lentils are symbolic of wealth in several countries, including Italy, the Southern United States, Czech Republic and Hungary. In Italy, cotechino con lenticchie (green lentils with sausage) is served on New Year’s Day. Legend says that when lentils plump with water, they symbolize growing wealth and the pork sausage signifies a “fat” life and a land of bounty. In the Southern United States, eating black eyed peas with collard greens and cornbread during the holiday are supposed to ensure more money for the next year.

9. In Spain and Portugal, there is a custom of eating 12 grapes—one with each stroke of the clock at midnight. If a grape is sour, it means the corresponding month will be distasteful. Eating the grapes is thought to bring prosperity and good luck in the coming year, and ward off evil spirits.

10. New Year’s—Oshogatsu—is the most important Japanese holiday of the year and is a symbol of renewal and a fresh start. Families scrub the entire house and decorate it with pine branches, plum blossoms, and bamboo. At 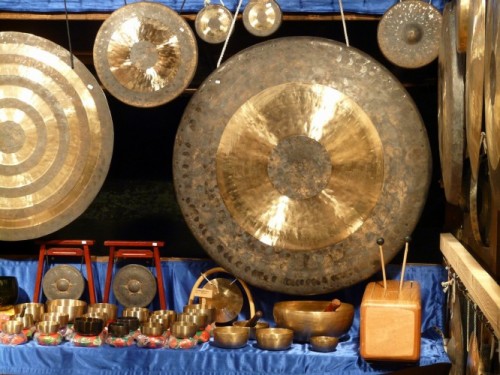 midnight on December 31, Buddhist temples strike gongs 108 times to invite cleanness for the future. The moment the new year begins, the Japanese people begin to laugh to bring them good luck in the new year, and no one works—not even to fix meals—on New Year’s Day. Children love the holiday because they are given otoshidamas—small gifts or decorated envelopes with money inside.

11. It’s common for families in Ireland to gather on New Year’s Eve for a special dinner. They reminisce about family and close friends who passed away in the last year. To honor them, families leave the door unlatched and set a place for them at the dinner table. Superstitious folks bang Christmas bread on the doors and walls inside the house to chase the bad luck out and invite the good spirits in, and some single women sleep with mistletoe under their pillow to ensure they will meet their true love in the coming year. 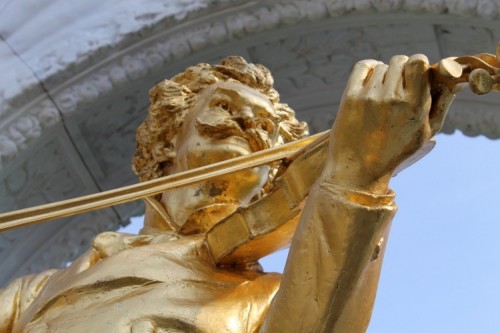 12. In Austria, the Vienna Philharmonic Orchestra has a New Year’s Eve tradition of playing music composed by Johann Strauss and his family, which is broadcast internationally on PBS. At the stroke of midnight, friends and families watch fireworks and dance in the streets to the historic Blue Danube Waltz.

13. In Brazil, if you want to ward off evil spirits and attract happiness and peace, wear all-white clothing on New Year’s Eve. Don’t be surprised if you see people making a wish for the new year when they jump over ocean waves seven times—seven is considered a lucky number.

14. You’ll want to wear stretchy pants if you are in Estonia on New Year’s Eve. To ensure an abundance of food for the next year, Estonians eat at least seven meals that night. They believe that by eating so well, a person will harness the strength of seven men in the new year. 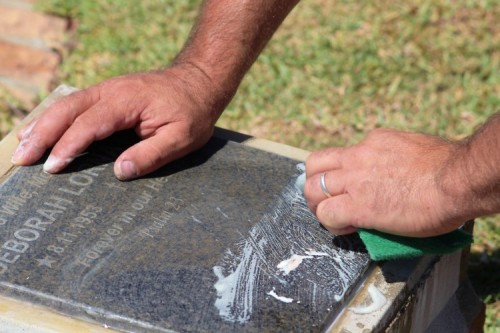 15. In the city of Talca, Chile, families clean gravestones, have picnics, and spend the night in cemeteries to ring in the New year with their ancestors. That’s certainly one way to keep track of your genealogy!

Six Ideas for Creating Your Own Traditions

Do you have New Year's ideas for family fun? The good thing about traditions is that even if you’ve never had any, you can start right now. Research shows that traditions will strengthen your family, create long-term memories, and give each family member a sense of belonging. And if you don’t like any of the ideas you’ve read, you can always come up with your own.

The following suggestions may help you decide fun traditions for your family:

1. Make a dish of your choice and hide a treasure in it. Whoever gets the item will have good luck for the next year. Pancakes, pie, or even a casserole will work. We’ve put a whole almond in a cake, but our family favorite is a whole olive in a quiche or potato salad. (Neither of those items break your teeth.) This is great for mealtime fun and interaction.

3. If you’re looking for fun do-it-yourself family projects to celebrate the new year, check the internet for tons of directions on things like a homemade balloon drop, fun bags, and a photo booth. There are so many ideas that it’s hard to choose!

4. Adopt a tradition from a country of your ancestors, such as a food or an activity. For example, my husband and I have English ancestry but didn’t know of any New Year’s traditions. We decided to make English Trifle each year to honor our heritage. It was a big hit and created a connection with our forebears. That was many years ago, but it became such an enjoyable custom that our 11-year-old granddaughter has decided to make the dessert this year!

5. Connect with family members by recording memories about New Year’s traditions from the past and present. Kids love hearing amusing stories about their parents and the lives of specific ancestors. Don’t forget to record the stories at FamilySearch, share them with living generations, and invite others to add to their stories as well.

6. Do you want to start the New Year as a daredevil? The first day of January has been declared Polar Bear Plunge Day. No one will forget this new tradition when you take a dip in the freezing waters of your local lake, river, or pond. If you want to stay home instead, fill the tub with ice and water and take turns—or dares—getting in. Of course, the plunge needs to be followed with a hefty cup of steaming hot chocolate.

14 Eye Popping Photos of New Year Traditions Around the World

20 Ways to Celebrate the New year Around the World

The Coolest New Years Traditions from Around the World 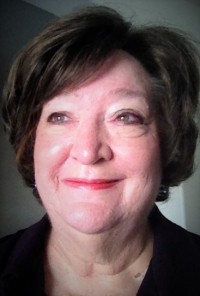 Jan Mayer is a freelance writer and FamilySearch service missionary. She has spent most of her life in Colorado. She has been a weekly writer for the Denver Post, an elementary school teacher, an editor for DISH Network and a publisher of The LDS Community Journal, a monthly newspaper in the Denver area. She and her husband, Richard, now live in Cedar Hills, Utah and have 5 children and 11 grand-children. They are the joys of life. She has a BS Degree in Child Development/ Family Relations from Brigham Young University.

Comments 1 - 1 (1)
Thank you for your message.
Janice Marie Taylor
Help, Since my pc crashed I use a Google Chromebook and tried to log into my family search acct, photos, trees no longer available to me. Please tell me what to do, My user and password were dimedesk with the email taylor44@comcast.net.